For several years now, 3 monster trawlers have been haunting the Channel, the Irish Sea and the Northeast Atlantic up to the Arctic Ocean. Using their power, their European flags and their super powerful sonars, they detect and collect in their 500-meter-long trawling nets schools of mackerel, herring, whiting and saurel. The fish are pumped into the nets, sucked into pipes, sorted in freezing rooms, stuffed into 25-kg parcels, unloaded in the Netherlands and most of them are then sent to Western Africa in reefer ships. The sea monsters are accused of contributing to the exhaustion of sea resources in the South Atlantic and to the ruin of local flotillas, especially in Mauritania. Their crew is multinational, their command is European.

With the support of the European Union, these 3 sea monsters are now plundering the resources of the Channel, the North Sea, the Irish Sea and the subarctic and arctic waters. They are putting in danger the future of the Northern European small scale flotillas.

These 3 halieutic warships are operated by Parlevliet & Van Der Plas B.V, based in the Netherlands and leader of the Pelagic Freeze-trawler Association (PFA), gathering 2 other Dutch ship-owners.

The prestige and influence of the PFA are so great that in 2016 it signed a ten-year cooperation agreement “to develop a sustainable pelagic fishing” with Greenpeace Nederland and the VNO NCW, which presents itself as the biggest employer’s organization in the Netherlands and the “voice of Dutch business”.

The pelagic trawls are deployed in the water column, in law depth waters. They are intended for fish schools catching. They are likely to incidentally catch species such as tuna, dolphins or other delphinidae. The PFA says that back doors and specific manœuvres allow the marine mammals to get out, but these allegations haven’t been confirmed by on-board observers. 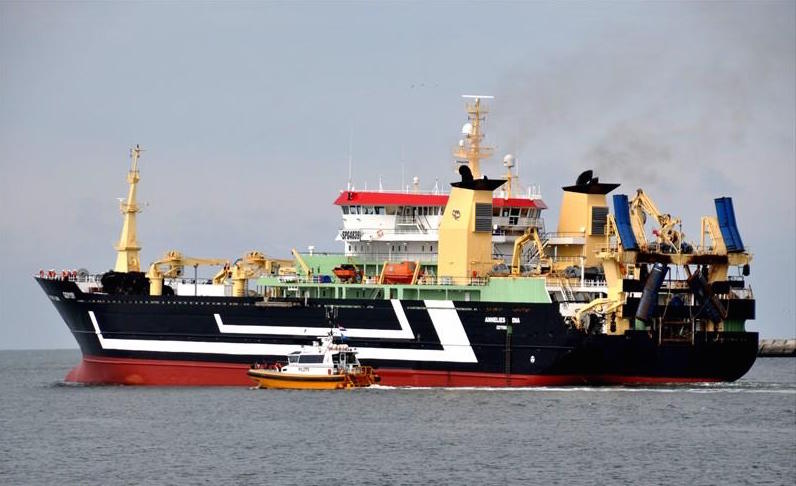 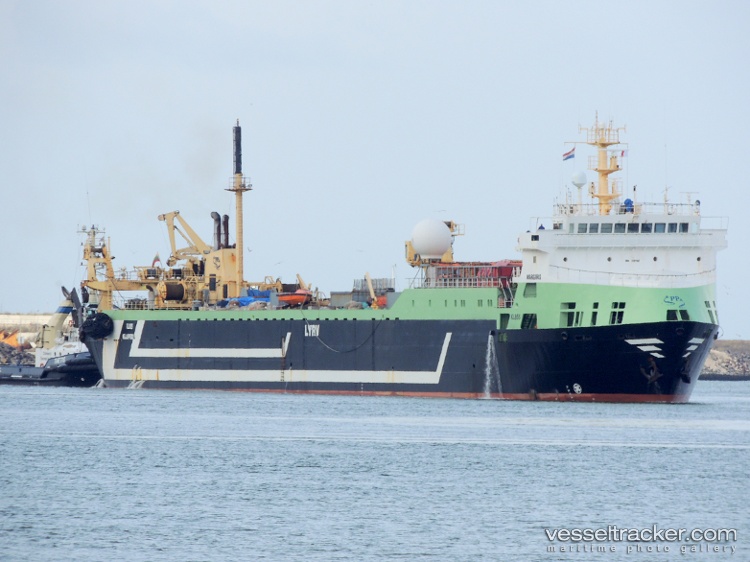 Margiris (ex-Abel Tasman, ex-Margiris, ex-Annelies Ilena, ex-Atlantic Star, ex-Apollo Two). OMI 8301187. Lithuanian flag. Length 142,80 m. Built in 1985 in Tacoma (United States) by Tacoma Marine Industries as a waste incinerator ship, turned into a trawler in 1992 and jumboized in 2006. Renamed Abel Tasman in the summer of 2012, it went to skim the Australian exclusive economic zone with the support of the Australian government. Following the rallying of fishermen and NGOs, the Australian government veered and banned from its waters trawlers longer than 130m. In the spring of 2013, the Abel Tasman went back to Europe and became the Margiris again. Currently unloading in the IJmuiden port (Netherlands). 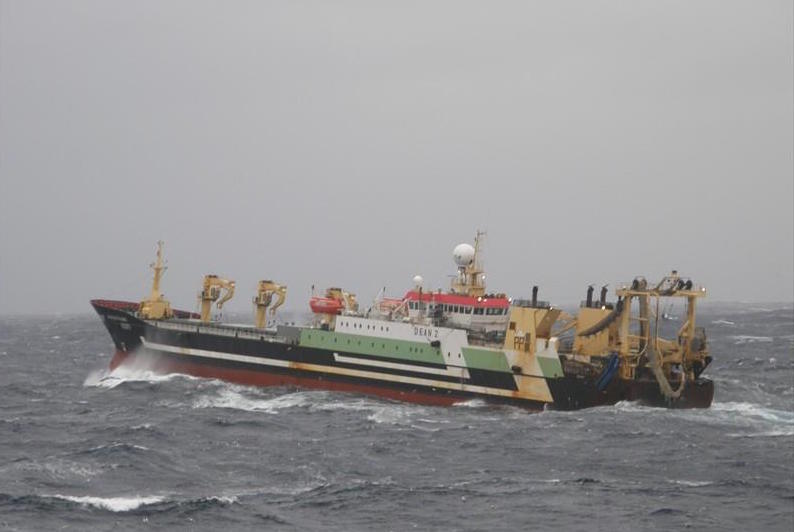