The Indian government has published a cohabitation guide between leopards and populations. Covering more than 3 million km2, India has 1,3 billion inhabitants and 10,000 to 12,000 leopards. 30 to 40 fatal accidents following attacks would occur each year. The guide explores all means of reducing conflicts, gives all the keys of the leopard behavior and gives clear instructions to forestry services. Do not kill, at worst anesthetize. On the contrary, the French parliament has just strengthened the legal capacity to kill wolves. There are about 300 of them on 550,000 km2. Enraged politicians organized a wolf and bearhunting in the rows of the National Assembly. The Senate was also stormed by Wolfcatchers Royals. The verbatim are overwhelming. Nothing about the positive contributions of the wolves. The watchword is to eradicate them as if the wolf was a disease. See page 58 and pages 72-73.

Rumors always renewed stimulate poaching. In India, the demonetization operation of the old 500 and 1,000 rupee bills aroused to a new “black magic” in the Madhya Pradesh. Tiger’s paws associated with ritual words would make it possible to quickly acquire new banknotes and enrich ourselves. An increase in tiger poaching was noted. All the carcasses found by the forestry services were amputated of the 4 paws. See page 62.

The end-of-year celebrations are always conducive to poaching and smuggling:
– to taste. Two important seizures in Italy of swordfish, shellfish and thousands of protected birds highlight the detrimental influence of traditional festivals. See pages 9 and 39.
– to offer. Two tons of corals and 25,000 aquarium tropical fishes were seized at Rome Airport coming from Indonesia and Singapore. See pages 16-17.
On the ground, during the festive season, poachers snatch at the opportunity to infiltrate reserves and parks by taking advantage of the on leave rangers and the police overworkload. This strategy isn’t always fruitful. See pages 83, 89 and 103. In South Africa on December 29th, 2016, poachers went after a rhinoceros who had been preventively dehorned 5 months earlier. A murder for a horn stump. See page 83.
The 2016 record is 1,102 rhinoceros killed in South Africa. It was 13 in 2007. 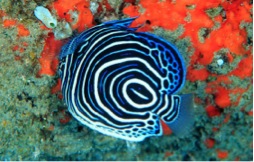 The African wild donkey (Equus africanus) is in Appendix I of CITES*. International trade is prohibited. His domestic cousin has recently borne the cost of a frenzied hunt across Africa. The donkey skin is very sought after in China to extract the Ejiao, a “miracle” gelatin that fortifies, gives sexual energy and makes women beautiful. Domestic donkeys are endangered in China. The Ejiao industry, 100 workshops in the Shandong province, turns to Africa and beyond to find raw material. Robin des Bois approached the African Union, its Committee for Rural Economy and Agriculture as well as African ministers of Agriculture to make them tackle the problem urgently and adopt common and strict measures prohibiting the export of domestic donkeys and strengthening the protection of wild donkeys. See page 119.