– Shipbreaking leaders remain India, Pakistan, Bangladesh and Turkey. China’s withdrawal is confirmed; it no longer wants to be the garbage dump of the world, it just needs to be China’s dump.

– One passenger liner attracts attention, namely the Atlantic, launched in 1982 which became a Caribbean cruise specialist for MSC in 1997 under the name Melody. She is stuck in Goa and technical problems restraint her from heading towards Alang.

– With regard to casualty ships, the demolition of Cheshire, which suffered a fire a year ago, perpetuates the fear of ammonium nitrate and its historic disasters in ports or on land.

– The tankers are leaving in an uninterrupted flow. 100% of units over 80,000 deadweight tonnage are scrapped in India, Pakistan and Bangladesh. Since the beginning of the year, the German shipowner DS Tankers Gmbh & Co Kg has sold 5 tankers for demolition in the Indian subcontinent. One of them in Pakistan has just suffered an explosion. Pakistani trade unions call it a “licence to kill”. The explosion aboard the DS Vada is a good example of German duplicity regarding waste export practice. Germany is the only country in Northern Europe with Sweden and Finland that does not have an EU-approved shipbreaking yard.

– Europe is split in two. The Atlantic, Channel and Baltic areas have 21 approved yards, the Mediterranean and the Black Sea areas have zero. Everything happens as if shipowners were relying on the Turkish vacuum to swallow their end-of-life waste. The Italian navy sets the tone. Turkey is becoming the death row of Western naval forces, the French navy resists and continues to send its old hulls to French or Belgian yards.

– Algoma Central Corporation (Canada) sold 4 lakers (North American Great Lakes freighters) for demolition in Turkey. The market brought in US$10 million to Algoma and middlemen. Turkish breakers carry out a mixed demolition, beaching and afloat. Aliaga’s shipbreaking yards are one of the black spots that pollute the Mediterranean. There are demolition yards on the Canadian Great Lakes. Algoma preferred to sell to the highest bidder and make a pile of $ at the expense of the Aegean Sea.

– The percentage of ships deflagged prior to the last voyage breaks the record. 36% drop their last flag of operations to take refuge under funeral colours, firstly Palau, the Comoros, Saint Kitts and Nevis and Sierra Leone. Funeral expenses are thus substantially reduced, little or no insurance costs, reduced and underpaid crew, seaworthiness certificate missing or issued by classification societies of convenience.

– Let’s head for Africa and wrecks in Tanzania, Kenya and Uganda. They pollute, they haunt people’s minds and they are dangerous for navigation. Many are originally European and to date the European Union is washing its hands of them, except in Mauritania. Some have amazing stories. The first container ship acquired by the founder of MSC lies on the sea bottom near Mombasa, Kenya. This 2nd African communication from “Shipbreaking” follows the Abidjan seminar on abandoned ships and maritime wrecks (27 to 29 March 2018). 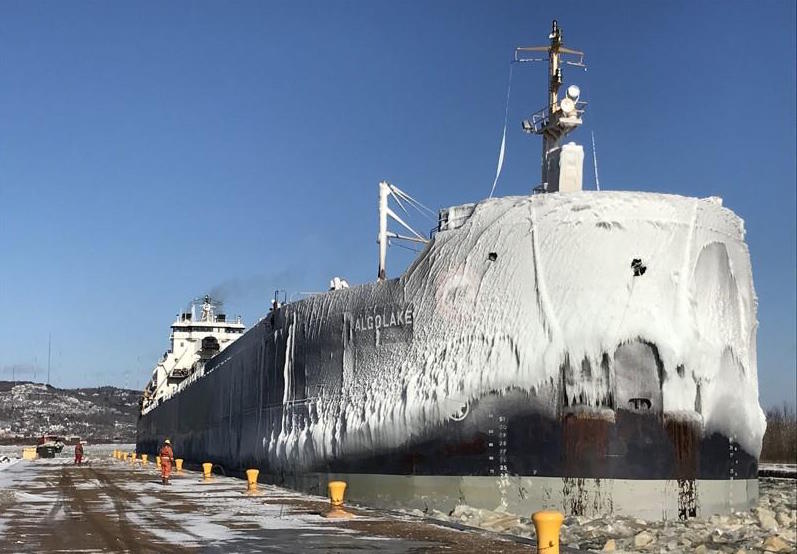