– Corruption and violence go together. Both diseases are contagious. They are growing larger and larger and take root. Police, armies, rangers, airport officers are stricken. 19 known dead men among the poachers and the rangers and other law defenders during the last 3 months.
– Ensnaring and poisoning are on the increase.
– The smuggling tracks are shifting and sometimes surprising. Ex: Ivory from the United States of America to Kenya.
– Global turtles’ black market is on the rise. Until $ 10,000 US per unit.
– Hippopotamus ivory is settling down as a substitute to elephant ivory.
– Bad luck for them. It’s a newly rumored that the geckos can cure AIDS.
– One of long drug is coming back in the news: the venom of scorpion.
– Mistreated wildlife is on view on social network and the internet.
– The strengthening of sanctions after poaching and smuggling is notable. 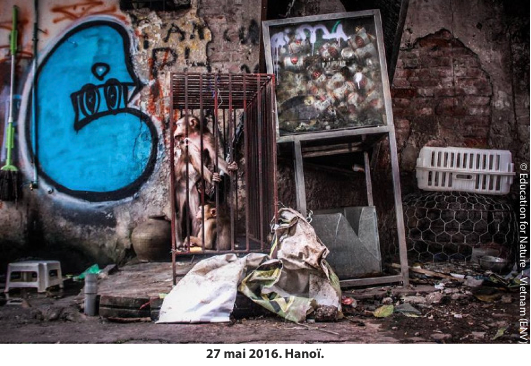