Abalones (p. 4)
Continuing sustained massive traffic between South Africa and China. A morgue and fake cargoes of plastic pellets testify of the creativity and nerve of the contraband industry. Penal and financial sanctions are heavy. The seizures value exceeds one million US$. Sniffer dogs do their job.

Sea Cucumbers (p. 6)
The rush on sea cucumbers is spreading across Europe. After Spain, it is now Sardinia and Italy. Traditional poaching spots in southern India, northern Sri Lanka, the Great Barrier Reef in Australia and the Mexican-US border resist the vigilance of customs and maritime patrols. $ 300 US per pound on the Chinese market.

Fishes (p. 8)
Three fish attract attention.
– For the first time in our survey since 2013, a traffic of arapaïmas, the large fish of the Amazon basin, is reported between Brazil and Peru.
– In Mexico, the totoabeiros are prosperous. The totoaba swim bladders sell up to $ 60,000 US per kilo on the Chinese market.
– European glass eels fly to Asia by millions, as evidenced by several seizures at European and Chinese airports.

Marine Mammals (p. 13)
Big concern about marine mammals. Because of illegal fishing of totoabas, the vaquitas will soon belong to History books. Japan passed a new pro-whaling law planning the construction of a new factory ship. “If they do that, we’ll suffer for 40 more years” worries Charlotte Nithart, “On the Trail” chief editor. The killing of Taiji will diversify and French dolphinariums operators attack the Mrs. Segolène Royal’s order before the State Council. According to Jacky Bonnemains, spokesman for Robin des Bois (Robin Hood), “Dolphinariums are commercial torture spots where birth fall under animal testing”.

Tortoises and Freshwater Turtles (p. 19)
Turtle turmoil in the world. In 3 months, April to June, “On the Trail“ adds up the seizure of nearly 4,000 live individuals from about 20 different species, without speaking of tonnes of shells and a number of suitcases, crates and bags full up with tortoises in bulk. The most critical connection is between Madagascar and Asia. For traffickers, tortoises are stones. They are bandaged, tied up, taped, slipped in socks and pillowcases.

Sauria (p. 24)
This is the innovation of the quarter. Hemipenes, the “two-headed” sexual organ of the varan lizards, are the new talismans of the upper classes in India. Dried, they bring happiness, prosperity and boost masculine vigour.

Crocodiles (p. 25)
Quarter’s best shot: the US Fish and Wildlife starts a fake breeding farm of true alligators and dismantles an egg thief gang in the marshes.
To mask the introduction of wild crocodiles in the breedings, the sexual performances of farmed crocodiles are inflated. Same for frogs.

Birds (p. 29)
The poles of the traffic are South America, Indian subcontinent and Southeast Asia. But Southern Europe and North Africa are not spared. There the goldfinch war is raging : the pretty little singing bird is not yet protected by CITES. 15 million victims are reported to be caged in Tunisia, Algeria and Morocco.

Pangolins (p. 40)
Entered into force on January 2017, the listing of pangolins in CITES Appendix I and the strengthened sanctions on traffic have had no immediate effects. Police and customs continue to seize in Hong Kong, Viet Nam, Malaysia. Small scattered traffic is often associated with ivory and smuggling arrangements are sometimes unexpected. Pangolin scales and raw ivory pieces were found in frozen salmon bellies.

Primates (p. 44)
The main trafficking hotbeds are South America, Central and West Africa, Indonesia and Indochinese peninsula. Contrasting with the avalanche of cruelties and the devastating effects of deforestation, there are flashes of humaneness and phased releases into the wild for gibbons, orangutans and lorises.

Felines (p. 54)
The most cruel story is that of the old circus lions from South America who were sent in a South African sanctuary then poisoned and mutilated for black magic rituals. The most beautiful story is the rescue of a leopard fallen in a well and saved by the forest rangers in India.
The mascot of the quarter: an orphan oncilla found in a schoolyard in Brazil.
Some quotations on the black market: 1 live Bengal tiger to kill and cut: $ 44,000 US; 1 leopard skin in India $ 10,800 US. 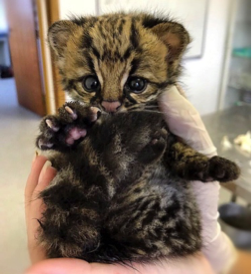 Bears (p.70)
Thanks to the freeing of bears in the sumptuous Halgurd Sakran National Park which is welcoming each year at least on million of tourists and connoisseurs, it is the opportunity to refer to Iraq with other words than war and attempts.

Rhinoceros (p.72)
Seven human losses, 6 poachers and 1 ranger. From southern Africa to Nepal, rhinoceros fall by dozens. KwaZulu Natal is named the «Rhinos Ground Zero». Seizures are streaming in from every direction. They account for only 10 to 15% of the horn traffic. The two new and feared events are the removal of the moratorium on horn trade inside South Africa and the horn auctions planned in August and September by the largest rhino breeder. Black market quotations: rhino horn sells for $ 16,000 US per kilo in South Africa, 34,000 in India and 88,000 in Vietnam.

Elephants (p.88)
Tuskers and supertuskers disappear one after the other. The genetic heritage of the African species impoverishes and tusks on equal age will shorten according to the experts.
Ivory price trend on the Asian market is going downward. It is too early to say whether this is a long term or temporary decrease.
Despite the strengthening of sanctions in almost all countries of the pachyderm’s natural range, poaching and connected cruelties don’t diminish. In the Kruger Park it is increasing.
The survey during this quarter shows two new examples of tricks in ivory traffic. An official UNICEF car was used for smuggling between Kenya and Uganda, and a Chinese ”tourist” used central processing units to pass 61 kg of ivory.
Black market quotations for raw ivory: $ 3347 US per kilo in Tanzania, $ 2570 US in Hong Kong (China). 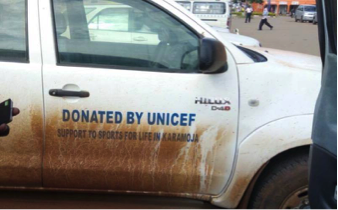 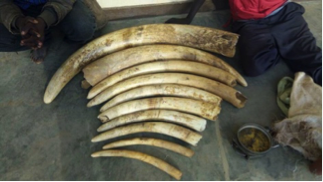 Multi-species (p. 112)
Like the international traffickers who fill containers with ivory mixed with scales of pangolins, the first links of the traffic chain are multi-products. They are caught up on roads or markets : live gecko with rhino horn, leopard skin with gall bladder, condors with colpeo foxes. At the end of the line, in traffic warehouses, Customs finds a mess of wine bottles, shark fins, swallow nests and thousands of mobile phone screens.

Donkeys (p. 124)
“On the Trail“ detected as early as January 2016 a worldwide flood of donkey skins traffic. The sinister trend continues. It should be noted that in South Africa, farmed tiger skins have been found in a stock of donkey skins. The disappearance of domestic donkeys seems to be under way along with an agrarian revolution with numerous and non anticipated consequences in Africa, Asia and South America.