Primates p. 56
It’s war on orangutans in Indonesia and Malaysia. The scientific report published in February in Current Biology established that between 1999 and 2015 nearly 150,000 specimens “disappeared” under pressure from palm oil, the rubber industry, the paper industry, mining, forest devastation, clearing fires and poaching. Violence and cruelty against orangutans are at the height. A young male was screened with 130 bullets and 19 machete blows. The autopsy revealed three oil palm seeds in his digestive tract.
Other monkeys in South America and Asia are victims of trafficking for the pet market. 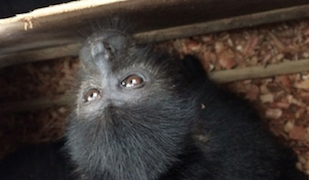 Sea Cucumbers  p.11
Inventive, resilient, useful, universal and easy to catch, these masterpieces of underwater life are in perdition. Millions of people who eat them want to appropriate their qualities. They are subject to high intensity international traffic.  On 23 March 2018, Robin des Bois wrote to 10 governments to have all sea cucumber species (holothurians) listed on Appendix II of CITES (Convention on International Trade in Endangered Species of Wild Fauna and Flora) at the next plenary meeting in May 2019 in Sri Lanka.

The Palme d’Or of the most stupid seized items goes to the ashtrays in gorilla’s hands (p.128) and to the stools in elephants’ feet (p.109). 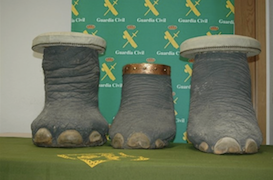 Amphibians p. 33
Is the international frog trade supported by the chemical insecticide cartel? In the year 1025, Chinese populations were called not to eat frogs to control pest. In 1985, Indian scientists gave sound at the resurgence of mosquitoes and the increase in the sale of chemical insecticides due to the overexploitation of frogs. Today the European Union imports 4000 tons of legs per year from Indonesia, i.e. the sacrifice of 100 to 200 million frogs. Most come from “gathering” in natural wetland and rice fields. Inclusion of Asiatic species in CITES Appendix II might save them from extinction by imposing a control of the international trade. French frogs and Asiatic frogs, same dangers, same battle.

Superstitions kill. Accused of being a malevolent ghost, the Sumatran tiger is ultimately lynched and exposed to popular vindictiveness. p.71

Birds p.34
Almost 4000 birds seized in three month in Brazil alone. The actual traffic is probably over 40,000 birds. The main victims are songbirds, some of whose species are already considered vulnerable or endangered. Other species on the grounds that they have a wide range in South America are recklessly considered common even though they are already wiped from two-thirds of Brazil. “On the Trail” will continue to explore this birdy world full of colour and melodies. Sporophiles from South America and goldfinches from Europe and North Africa, same dangers, same battle. 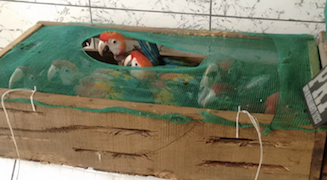 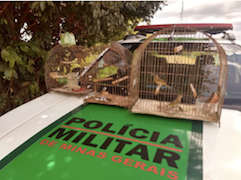 Elephants p.88
Sanctions for poaching the last elephants are unequal. In West Africa they are usually limited to prison sentences of a few weeks and fines of less than US$ 100, in East Africa they reach life imprisonment and a fine of $ 150,000 US.  Adjustments of penalties, release on parole or bail are common. Kenya’s tourism minister, well known for saying anything, wants the death penalty for poachers reinstated. There is already enough violence and death on the ground among rangers, poachers and elephants !

Not forgetting the imminent threat that China poses to donkeys p. 130 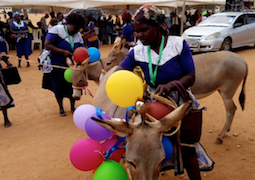 [8]Mwingi : Launch of the collective for the well being of donkey