Winter 2020, curfews and lockdowns. Some are poaching for survival or for a bit of money, others by idleness. Zebra meat dries on ropes in the savannah. In the United States, 17-year-old teenagers are poaching deer with the spotlights of their parents’ GMC truck. There are traps everywhere and of all kinds from north to south, east to west, on land and at sea. No wildlife can escape them, from the biggest ones like bears to the smallest ones like Berthe’s mouse lemur. Birds by hundreds of thousands are captured to brighten up the stay-at-home holiday season. The Ganges river dolphins are lynched, people need to unwind.

469 photos and illustrations: among the most beautiful are the blue sheep (foothills of the Himalayas, India) and the rock ptarmigan in winter and summer uniforms. Among the most surprising, Benozzo Gozzoli’s painting evoking hunting with cheetahs in Italy.

Extracts:
“Ivory is one of the only raw materials in West Africa to be subjected to processing before sale.”
“Americans are welcome in Pakistan when they pay 82,000 US$ for the privilege of killing a markhor. With the help of at least 12 guides, one of them shot one almost at point blank with a bow, a world first it seems. It is after 8 days of tracking in the mountain and without the help of drones that the feat was accomplished.”
“Breeding in China. The post-Covid revolution” p.177. 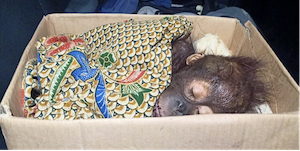 A baby orangutan taken in by villagers is recovering (Indonesia). © Istimewa

Some solidarity:
Elephants fill with water a dry well where one of their fellow elephants had fallen before giving way to rescuers (India).

Practical advice if you encounter a puma (United States of America) :
1 – Anyone who comes across a puma sleeping or relaxing should remain calm and leave the area. If the animal does not see you, walk away.
6 – Another way people can be extra cautious if they can listen out for birdsong. They’ll make a warning call. That can expand the way you can observe.

“On the Trail“, the defaunation magazine, aims to get out of the drip of daily news and to draw up every three months an organized and analyzed survey of poaching, smuggling and worldwide market of animal species protected by national laws and international conventions. “On the Trail“ also relates ongoing trials and the evolution of regulations and sanctions.
See also the “Atlas of the Business of Endangered Species”, Robin des Bois, Editions Arthaud, October 2019.

On The Trail has been carried out by the NGO Robin des Bois since 2013 with the support of the Brigitte Bardot Foundation, the Franz Weber Foundation and the French Ministry of Ecological and Solidarity Transition. 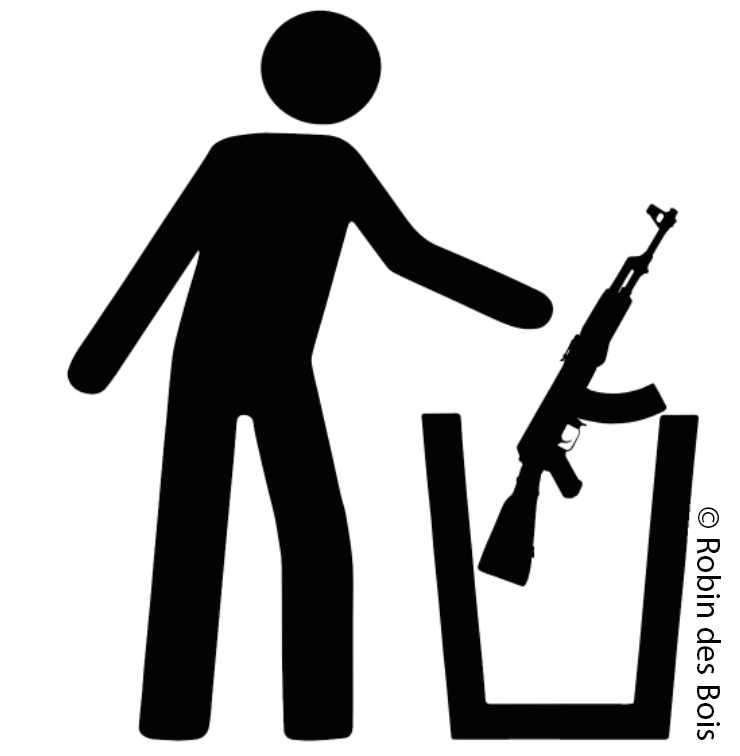