The Captain Tsarev has been rusting for 7 and a half years in basin n°5 of the commercial port of Brest. Built in 1982 in Lübeck (Germany), 153.60m in length, the ship suffered an engine failure and was towed to the Brittany port in November 2008. She never left. The crew has not been paid, 15 of the 24 Russian and Ukranian crew members disembarked in February 2009, the others remained on board until September 2009. The Captain Tsarev has been visited, pillaged, squatted, and suffered a fire in September 2014. The Russian ship-owner based in Piraeus (Greece) no longer gives any sign of life. The vessel is a dump. She contains 4 to 500 t of extinguishing water following the fire, asbestos and 5 to 600 t of fuel. She flies the Panama flag. 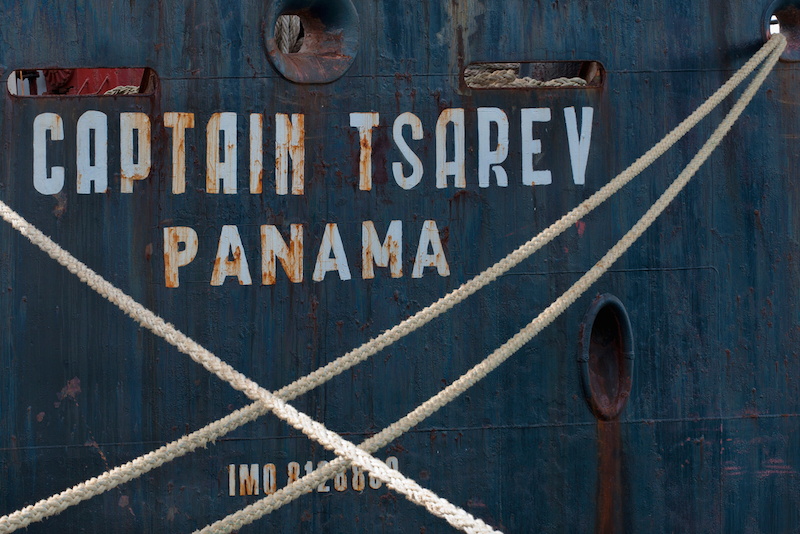 The forfeiture of ownership was declared on December 9 2015. The Brittany Region, awarding authority for the port of Brest, is authorized to sell the ship. A call for tenders was issued on March 15, bids must be received the latest by April 7 at 6 p.m. “Brest local time”. The requirement specification includes a clause regarding a deadline for departure of the Captain Tsarev. She must have left the basin on May 31, the city needs the wharfs to welcome the International Maritime Festival of Brest 2016 that will take place from July 13 to 19, 2016.

The call for tenders requires the recycling yard to be approved by the French State. In France, only Veolia in Bassens and Gardet & de Bezenac in Le Havre would have the administrative and logistical capacities imposed by the length and size of the Captain Tsarev. Yet, according to our information, delegates from a Turkish facility visited the ship a few days before the bid solicitation closing.

Demolition of disabled, seized or arrested ships that lie stranded in the port of Brest is always postponed and delocalized except for cases of absolute necessity. This was the case for the un-transportable Winner, built in 1970, 101 m long, arrested for cocaine trafficking in 2002, demolished by the Le Gall company between November 2010 and March 2011 in drydock n° 4 of the military port.
A multi-activity project set up by the Recycleurs Bretons, including shipbreaking among others, was subject to a public inquiry between January 4 and February 4, 2016. The head commissioner for the inquiry gave a positive statement but authorization to begin operations has not yet been signed by the State Authority in the Department of Finistère. It is thus unlikely that the Recycleurs Bretons be chosen for the recycling of the ship. Furthermore, in carefully reading the dossier, it appears that the main activities planned by the Recycleurs Bretons on the Eastern platform of the 5th basin of Brest – the same one where the Captain Tsarev is presently docked- are the storage of powdery waste (Solid Recovered Fuel, SRF) and the grinding and storage of wood waste. According to the public inquiry dossier, maritime shipping of SRF would count 3 ships per year, and shipping of wood waste 6 ships per year. Both activities are likely to degrade the quality of water in the bay and affect sanitary quality of benthic fauna especially scallops through dust emissions and discharge of contaminated rainwater. Robin des Bois does not support the development of such activities presenting these various risks in the Port of Brest. Legitimate demolition of ships should by no means be a cover up for polluting maritime shipping that falls under the Basel Convention on the Control of Transboundary Movements of Hazardous Wastes and their disposal.

Brest has other attractive features to ensure its development than export of waste. There are enough dry docks in both the civil and military ports to make ship dismantling and recycling prosper within the boundaries of environmental and health safety.