Unable to tow the Victoriaborg (*) to Saint Malo port of refuge, the salvage tug Christos XXII had yet won fame in the Channel Sea. Exactly one year ago, the Greek tug was towing a German training ship, the Emsstrom, bound to a Turkish ship-breaking yard.

The towed Emsstrom collided with Christos XXII following a wrong move of the latter off Torbay along the Devon coastline. Emsstrom took on water after the collision and sunk.

Christos XXII took on water too. The eight crewmen were evacuated and the salvage tug had to be towed and stationed in the Weymouth Bay. An oil spill was feared. The incident happened in January 2013. 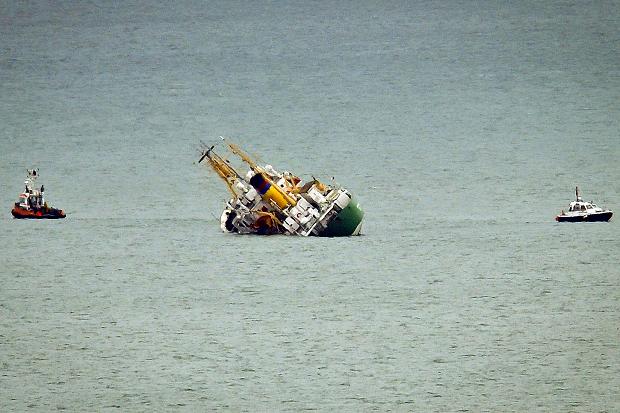 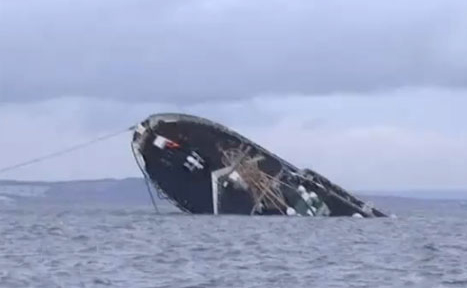 One year later, Robin des Bois observes that the same Christos XXII, after repairs, is carrying on her hazardous duties in the Channel Sea and that a Dutch ship-owner has called upon this 1972-built old tub to assist one of its vessel disabled in a winter storm off the Brittany Coast.

Robin des Bois urges France, the Port State, to initiate a close inspection of the Christos XXII and if pertinent to prescribe her demolition without any loss of time. If it appears to be useful to ban substandard ships from the European waters, it would be useful too to ban substandard tugs from involvement in salvage operations.

(*)Victoriaborg had a steering gear failure off Brittany while the Dirk storm was breaking. She was tentatively towed by Christos XXII on December 28th, 2013. Victoriaborg was able to berth in Saint Malo with the help of other tugs on January 10th, 2010 only.