The report “78 EU-approved livestock carriers” written by Robin des Bois in partnership with the NGOs Animal Welfare Foundation and Tierschutzbund Zürich is more than damning. It is sharp.

At sea, a machine tool is transported with more care than a cow and a batch of computers with more caution than a flock of sheep.

The report [1] (1) written by Robin des Bois in partnership with the NGOs Animal Welfare Foundation and Tierschutzbund Zürich is more than damning. It is sharp. The 78 maritime livestock carriers approved by the European Union to export farm animals are floating, stinking straitjackets where livestock and crews are reduced to goods and slaves of globalisation.

The livestock carrier owners buy at scrap prices cargo ships to be broken up. In Black Sea shipyards, they stack extra decks to massify the animal shipment and thus have a cheap, adulterated fleet at their disposal without having to invest in new ships specially designed to transport a cargo that is alive, fragile and completely disoriented by their transit at sea. The layering of decks changes the centre of gravity of the original ship, and the stability of these converts is precarious. The Queen Hind is a textbook case. Her sinking in the Romanian port of Midia is analysed in detail in the report. 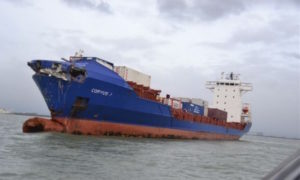 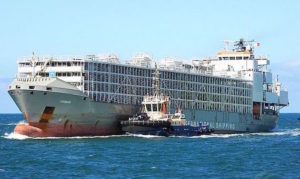 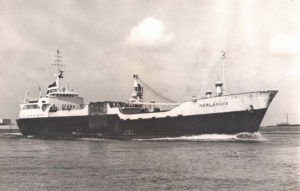 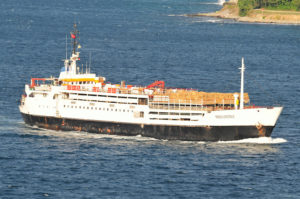 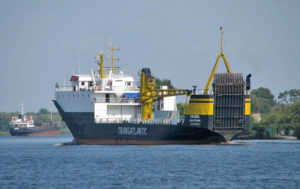 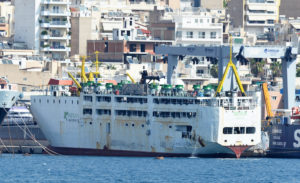 The EU-approved livestock carriers are not compliant with the Marpol Convention for the Prevention of Pollution from Ships and are accustomed to oily waste discharges at sea. They are also air polluters.

43 livestock carriers fly the worst flags of convenience: Togo, Comoros, Palau, Tanzania and Sierra Leone. The others fly exotic flags such as Jamaica, Jordan, Lebanon, Panama, Liberia, the Marshall Islands or Singapore. The only 2 with a European flag are registered in Luxembourg.

55 are inspected by ghost classification societies, some of which are based in Greece, Cyprus or Bulgaria thanks to the complacency of the European Union.

The 78 EU-approved livestock carriers total at least 411 detentions in ports around the world.

The report written by the NGO Robin des Bois in cooperation with its German and Swiss fellows reads like a truthful novel of maritime piracy, where, page after page, deadly fires, corpses at sea, zoonoses behind closed doors, flags of convenience, the lure of gain and accustoming to cruelty jostle together. The animals wade through their excrement, the litters are soaked, the indoor air is saturated with ammonia from urine, the drinking water is warm and unsafe. Up there, the hay on the sun deck is rotten due to rain and falls overboard during storms.

Only 5 of the EU-approved livestock carriers were built purposely for the transport of livestock. However, they cannot be considered safe and exemplary. The 11-year-old Bahijah experienced major engine failures. On board the Brahman Express 14 major deficiencies were identified in 2019 and 2020. The 7-year-old Gelbray Express, built in China, was detained in Australia and the United States in 2017 and 2018. The 19-year-old Ocean Drover was detained 3 times, notably in China, and suffered mechanical and ventilation failures that caused significant sheep and bovine mortalities.

This report should serve as an electroshock for the European Union’s DG for Health and Food Safety, which has the upper hand in this traffic of another age. In cooperation with the DG for Transport, prompt, strong and binding measures must be taken to send this dilapidated fleet for scrapping as soon as possible. It is also necessary to avoid these ships to rust at the quayside and to be used as migrant carriers in the Mediterranean Sea, which already happened in 2015 with the Ezadeen.

Today, at around noon, the Sarah M, an ex-reefer converted in 2014 at the age of 35 into a livestock carrier, moored in the French livestock port of Sète. Panama flag, cosmopolitan crew. Owned by Jounieh Bay Shipping SA registered in the Marshall Islands. 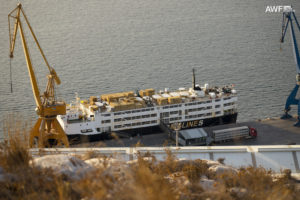 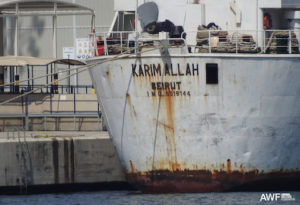 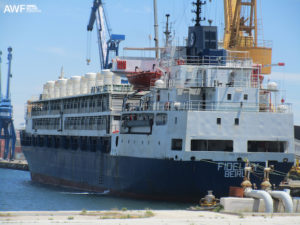 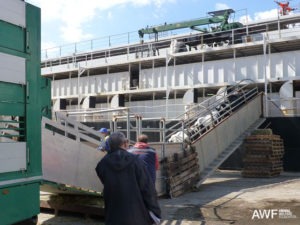 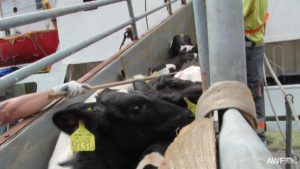 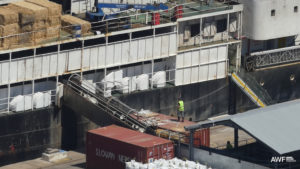 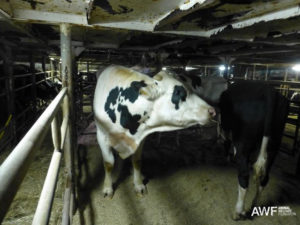 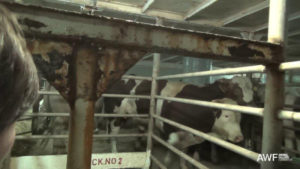