Introduction. Scientists have long thought that animal and vegetal life in the sea was exclusively dependent on solar energy and photosynthesis. After the discovery in 1977 of hydrothermal vents and cold seeps in the deep-sea, they thought that only these geological phenomenons could generate and assemble biological communities based on the association of bacteria transforming sulphur into organic matter and fauna evolving in an obscure yet colourful environment; but ten years later new discoveries have proved that whale carcasses and their skeletons in the aphotic zones of the ocean are also sources of life thanks to the symbiosis between bacteria and many extreme and hyper specialised animal species… Read more. 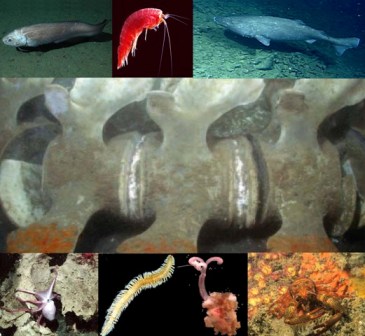