The Russian tanker Varzuga left Murmansk in tow of the Christos XXIV for a shipbreaking yard in Aliaga, Turkey, on April 17, 2021. She should finally arrive in Brest on the evening of Saturday, July 10, in tow of the VB Gascogne. The operation is being monitored by the Channel and North Sea Prefecture. It recommended the towing to be carried out during a favourable weather window with wave heights of less than one metre. 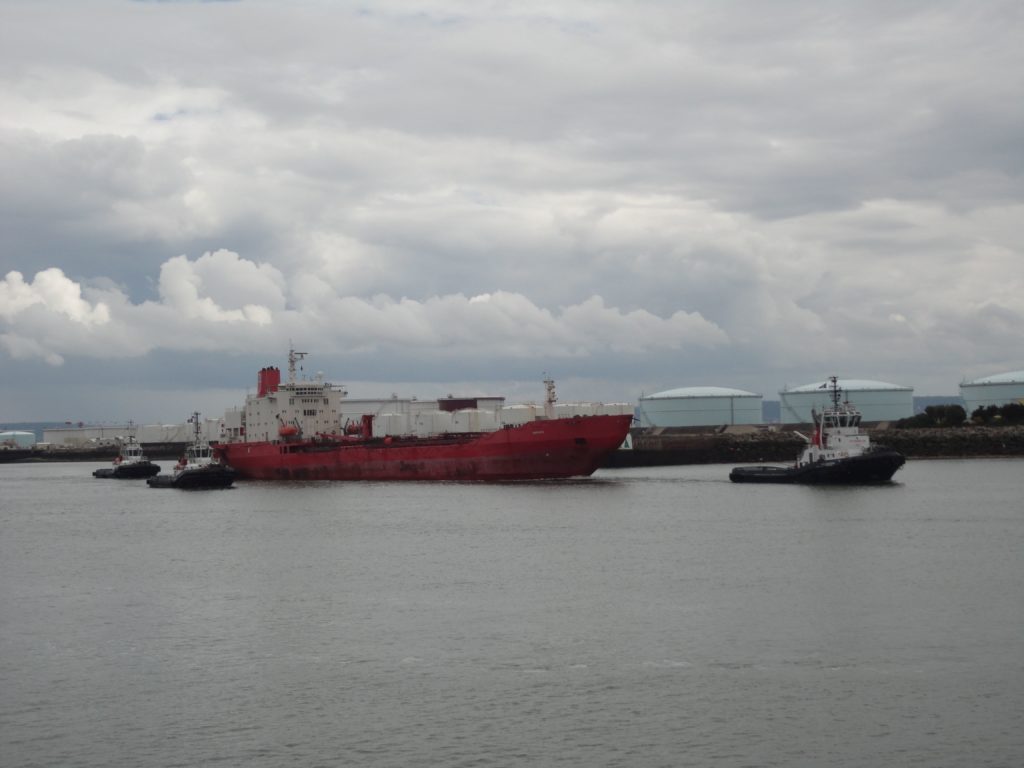 On May 3, off Cherbourg, the Christos XXIV had lost control of the Varzuga, the tow rope between the tug and the towed vessel had broken due to the sea conditions and the wind gusts. The Varzuga‘s drift through the world’s most congested sea lane after the Strait of Malacca represented a major hazard.

Thanks to the salvage tug Abeille Liberté, the Varzuga was brought under control and docked in the port of Le Havre on May 7. The Inter-Regional Direction of Eastern Channel-North Sea found that the Christos XXIV was undersized to tow the Varzuga to Aliaga and that the Russian owner had not taken all the necessary precautions to ensure the safety of the Varzuga during the transoceanic journey.

The sometimes tense relations between the French authority and the Russian “shipowner” finally resulted in a reasonable compromise. The Varzuga will be scrapped in Brest by the EU-approved shipyard Navaleo.

Long-distance towing of end-of-life ships to Turkish or Asian yards often ends in shipwrecks or grounding of ghost ships lost on the way.

The case of the Varzuga will contribute to reverse this trend. Like all waste, end-of-life ships to be recycled must benefit from the criterion of proximity. Russian and north-European shipowners now dispose of EU-approved local breaking yards where working conditions and management of asbestos, hydrocarbons and other hazardous substances are better than in Turkish and Asian yards.

The Russian tanker has long supplied fuel oil to Russian military bases in the Barents and Kara Seas. As a precautionary measure, a radiological diagnosis will be carried out in the coming weeks.

The Varzuga will be bursthed in the French Brest harbour until her scrapping on dry dock at the beginning of next year.