Despite rumors praising safety in the shipbreaking yards of Turkey, work conditions there are still bad. Two workers intoxicated in the machine rooms of the ex-Pacific Princess have just payed for those conditions with their lifes.

The ex-Love Boat from the television series of the same name was sold to a turkish demolition yard in april 2012 for the price of $260 per ton. The Pacific Princess was evaluated at 8.000 tons. The buyer took over a year to finish paying. The ex-Pacific Princess left the Genoa Harbor on July 27th 2013 towed by the Izmir Bull under the name Acif. It had arrived in Genoa in november 2008 for renovation and technical compliance, but such work was soon abandoned. Built in 1971, the ship holds large quantities of asbestos ans PCBs. Its last known owner is the Quail Cruises Ship Management based in Madrid. 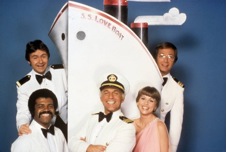 In « A la Casse n°32 », the case of the Ile de Beauté also sent to Turkey for demolition is highlited. The Ile de Beauté arrived on July 10th in Aliaga under the name Beau under Panamanian flag after having been owned for over 20 years by the Société Nationale Corse-Méditerranée of which the French State is among the shareholders. The switch from the french flag to a « last trip » flag, in this case the Panamanian flag, enabled the SNCM to escape reglementary obligations such as those stated by the Basel Convention for the control of transboundary movements of hazardous wastes and their disposal. This Convention requests that owners produce an inventory and mapping of hazardous materials on board ships.

Beyond all common sense the SNCM led to believe that its obsolete car-ferry would continue to be serviced in Turkey. To perfect the scam, the SNCM operated throught a fantom company, Porto Navigation based in Istanbul. After leaving Bizerte in Tunisia where the ex-Ile de Beauté was lying low, the Beau went straight to the demolition site.

Ship-breaking #27 of may 2012 in the section entitled « The End » mentions the case of the Pacific Princess, and in the Issue #32 its departure towards Turkey, page 8.

Ship-breaking #32 mentions the case of the Ile de Beauté in the section « Ferry / Passenger Ship » page 32.