At least 26 elephants were beheaded end of August in the Chobe National Park in north Botswana and at the heart of an immense territory where 150,000 no border elephants are roaming. Botswana didn’t wait for this massacre to understand that a new situation- the advent of elephant poaching in countries of southern Africa- calls on a new stance. Robin des Bois, no matter what will come out of following events and other positions Botswana may have, admires this courageous and contagious standpoint. In supporting the listing in Appendix I of the elephants who season after season are crisscrossing its territory, Botswana shows also concern for the elephants of Namibia, Angola, Zimbabwe and Zambia. 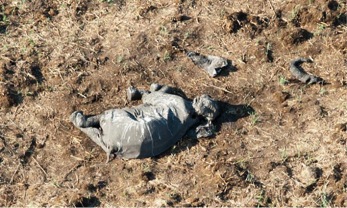 The European Union is still stuck in the year 2000 when southern African countries saw themselves as fortresses for the elephants. The EU got behind Zimbabwe and voted against Appendix I. It’s too busy bargaining its colonial ivory with its Chinese clients- light gains make a heavy purse- and auctioning off some 30 kg tusks, souvenirs of the good old days. Now the tusks that flood the black market are not elephants’ tusks, they are virgins’ tusks. More and more they are no heavier that 3 kg. Despite France’s pleas, the European Union has not yet banned raw ivory trade in all the member States and therefore enables shamefully legal ivory to hide shamefully dirty ivory.

At the next Conference of the Parties in Colombo in Sri Lanka in 2019, Appendix I will seem obvious. But until then, 100,000 elephants will be killed and hundreds or maybe thousands of families of rangers and poachers will be torn apart.