Trash ships
With one hand, the European Union bans them from its ports because they are dangers publics, with the other one it allows them to be in the trade over and over again in the Eastern Mediterranean, the Black Sea, the Maghreb or faraway seas. Among the facilitators of this tragic double game for crews and damaging to the environment are 7 classification societies based in Greece, Cyprus, Bulgaria and the United Kingdom (1). They defer the scrapping of substandard ships. They say they have agents here and there in Northern European ports. They ensure the technical inspection of 100 m long cargo ships in 24 hours by an exchange of mail and cash. They allow merchant ships that are crushed by the weight of the years, live stock carriers that are eaten away by acid of the litters, carcases that have sown their metal at sea and that hide their cracks under coats of paint to engage in various traffics under the flags of Togo, Moldova, the Comoros and others.

If you are a shady ship owner or an occasional trafficker looking to deliver suspicious cargo (arms, ivory, drugs and why not migrants), you will find the best welcome and all the tricks to give the trash ship you have unearthed the appearance of legality. In number 59 of “Shipbreaking” (2), the Bulletin of information and analysis on end-of-life ships, Robin des Bois has identified 41 of these galleys that are still in circulation thanks to the complacency and interpersonal skills of these 7 classification societies exercising their art of camouflage within the European Union and thus benefiting from its political weight and legal protection. The 41 cargo ships spotted by Robin des Bois have an average age of 42 years.

Typical profile:
Maraya (ex-Med Patron, ex-Leca Nord). IMO 7514517. 44 years old. Length 50 m. Unknown flag. Classification society Columbus American Register. Built in 1976 in Risor (Norway) by Lindstol. Detained in 2013 in Augusta (Italy), in 2014 for 154 days in Marsaxlokk (Malta), in 2018 for 21 days then in 2019 for 26 days in Valletta (Malta). In March 2016, the Togolese-flagged Med Patron owned by the Maltese Patron Group offloaded two trucks carried for an Italian-Hungarian company in the port of Misrata, Libya. The two trucks were transporting 64 horses, 19 of which were found dead. The ship was detained at the Libyan horse-dealer’s request until a compensation of 100,000 € was paid. In December 2017, the ship was acquired by Alwefaq Ltd c/o United Grop Management (Cyprus) and has since then been allegedly flying the Samoa flag, a registration that proved to be false. On November 13, 2019, the abandonment of the crew off Malta was reported to the International Labour Organization; the seamen were owed 2 months wages and lacked provisions. The 5 Indonesian sailors were allowed to land on Malta on November 20, then rapatriated thanks to the ITF (International Transport Workers’ Federation).
Location, December 2019 : Valletta (Malta). 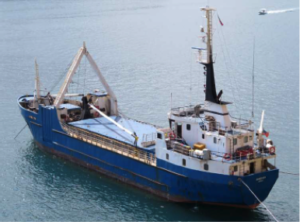 Crews caught up in the Covid gear
Crew change during the Covid-19 disaster caused inextricable situations and imposed living and survival conditions on board some ships that are contrary to human rights. The case of the to-be scraped ships on the beaches of Alang Bay in India and Chattogram (formerly Chittagong) in Bangladesh is particularly dramatic. Many of these end-of-life ships are in the hands of straw owners, speculators whose sole aim is to make the most of the sale of thousands of tonnes of scraps. For the final voyage, supplies on board and other amenities are minimal and notoriously insufficient to support the blockade to which the crews are subjected for several months before their unhealthy living and working place are allowed to land.

A 31-year-old Burmese sailor was the tragic victim of this global mess. His identity is as yet unknown. In the eyes of Robin des Bois, he is a symbol of the cruel fate inflicted on the crews. Recruited by a manning agency, he worked on board the Hong Ching, a tanker operated by a Hong Kong registered company. The Hong Ching flies the flag of Sierra Leone (West Africa) after flying the one of Belize (Central America). On January 29, the Hong Ching changes hands and is dressed up in the hearse flag of the Cook Islands (South Pacific) for her last voyage. She has just been sold for demolition. She is worn out, she is of modest size (150 m long), she is too small to be used as floating storage, the fuel traffic is at a standstill for a long time. The Hong Ching is no longer of any use. The time has come for the jackpot of the scrapyard.
On 31 January, the Hong Ching leaves Kaoshiung harbour of in the south of Taiwan and anchors off in a waiting area while the transaction with the Bangladesh demolition yard is finalised.
On 15 February, the Burmese sailor is asked to return to shore. His contract is completed ahead of time. He too is no longer of any use. He descends the side ladder with his precious belongings. It is the very breath of life to him. He has been on board for seven to eight months. Does he even know his work place is going to be scrapped? He is more in touch with the Covid by calls from his family than by instructions of his captain. They do not speak the same language. He has heard in a roundabout way that on board chemical tankers and oil tankers there are sailors who cough and die. On the one hand he is happy to go home without really knowing how he is going to get there. He has in his pack a few tricks to please his own. The sea is rough. It would’ve been easier to get off the ship when she was docked. He is finishing going down the ladder and misses his boarding on the tender boat, which has to take him back to shore. A man is at sea. He is quickly out of reach, entangled in his bag and in his panic and already injured perhaps. He does not grasp the buoy that is thrown to him, a lifeguard joins him and brings him back. His eyes are closed, both his arms are cut off, crushed by a propeller. He’s no longer alive, he’s not quite dead. His sailor bag has drifted away. The last owner of the Hong Ching is the owner of a roadside shop selling cigarettes and betel nuts in an old mining town north of Taiwan. He and his companions earned about 500,000 US$ from the sale of the Hong Ching.

There are about 60,000 Burmese (inhabitants of Myanmar, ex-Burma) on board ships operated by owners from Taiwan and other Asian countries. 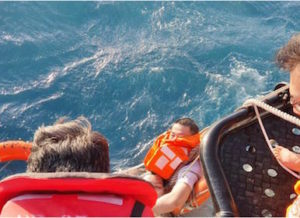 Forced labour in fishing
The Shen Gang Shun 1, a 49m long Chinese tuna boat ran aground in broad daylight on Saturday 21st March on an atoll in the Tuamotu archipelago in French Polynesia. The navigational error is obvious. NGOs rightly protest against the presence of gutted sharks with their fins cut off in the chaos of one hold. An oil spill is feared (it is now proven). On board the Shen Gang Shun 1 there were 36 crew members, 36 in a 49 m long boat, 3/4 of which were occupied by fish holds, fishing gear and engine. Chinese fishing boats are often prisons. The crews are subjected to deplorable and humiliating living, hygiene and rest conditions during their tour of duty, which can last a year. The Shen Gang Shun 1 had been on a fishing trip for more than 7 months. China has not signed the 1966 Convention on Accommodation of Fishermen (3) nor the 2007 Convention on Work in Fishing (4) of the International Labour Organization. These conventions guarantee fishermen a minimum level of safety, comfort and consideration for their rights. The 1966 Convention has only been ratified by 23 countries and the 2007 Convention by 18. France has ratified both. It should be recalled that Article 99 of the 1982 United Nations Convention on the Law of the Sea, which came into force in November 1994, prohibits the transport of slaves. 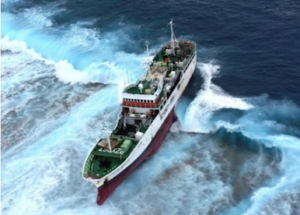 Read also (in French only): Robin des Bois’ contribution to the post-Covid-19 prospective process of the National Council for the Sea and Coastal Areas [4] (pdf)