In accordance with a press release by Robin des Bois dated June 16, 2017 and with numerous prior reports in the NGO’s quarterly publication “Shipbreaking”, the Bangladesh Supreme Court has just banned the dismantling of the North Sea Producer, a former FPSO (Floating Production Storage Offloading), i. e. a floating plant used to refine and store crude oil extracted through offshore platforms. 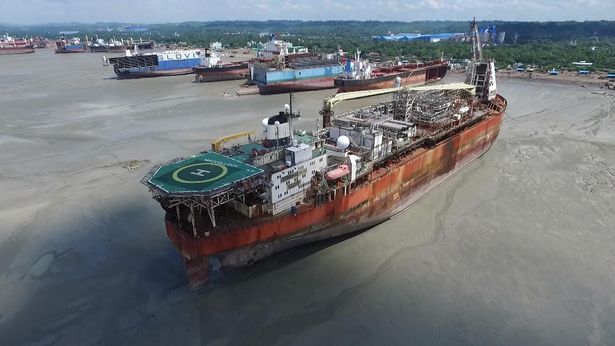 Prior to its decision, the Supreme Court had requested a report from the Bangladesh Atomic Energy Commission.

Once again, European ship-owners and the European Union have failed to fulfill their moral duty and to comply to basic rules of sanitary protection by sending waste-contaminated wrecks to the ends of the world.

This practice could have a boomerang effect on Europe or on other continents. When radioactive scrap metal from demolished ships or platforms is recycled, it can be sent back to the countries of origin, in the form of pots, rebars, elevator buttons, or hairpins.