September 2017. The Direction Régionale des Affaires Culturelles (DRAC, Regional Directorate of Cultural Affairs) carries out a test campaign in Paris to assess the distribution of lead dust in the streets near historical monuments. This campaign proves that the Ministry of Culture was aware of the risks of lead dust emission and dispersal around historical monuments since at least 2017. This dissemination is caused by erosion, wear of the lead foils and other lead decorations and coatings on the inside and outside structure of the historic monuments. All 20 Parisian districts were included. 64 samples are lower than 1000 µg/m2 (or 1 mg), 27 go from 1000 to 3000 µg/m2, 6 from 3000 to 5000 µg/m2. Five go over a 5000 µg/m2 limit with a maximum of 21,175 µg/m2 near the Père Lachaise cemetery. It emerges from the statistical analysis of these results that the majority of Parisian streets were not contaminated by lead dust over the 1000 µg/m2 threshold before the Notre-Dame fire. This 1000 µg/m2 threshold taken as a reference by the study was set by the May 12, 2009 decree regarding the inspection of works with lead. The latter value must be respected when checking at the end of emergency work to eliminate the risk of lead exposure in a living area. The samples came from sites polluted by the lead from monuments as well from the urban heating system and the print of ancient metallurgic workshops and combustion from tetraethyl lead fuel. Despite the combination of all these sources, it is obvious that Paris’ streets before the Notre-Dame fire were not in the whole soiled by an extravagant, homogenous and irreversible lead pollution. 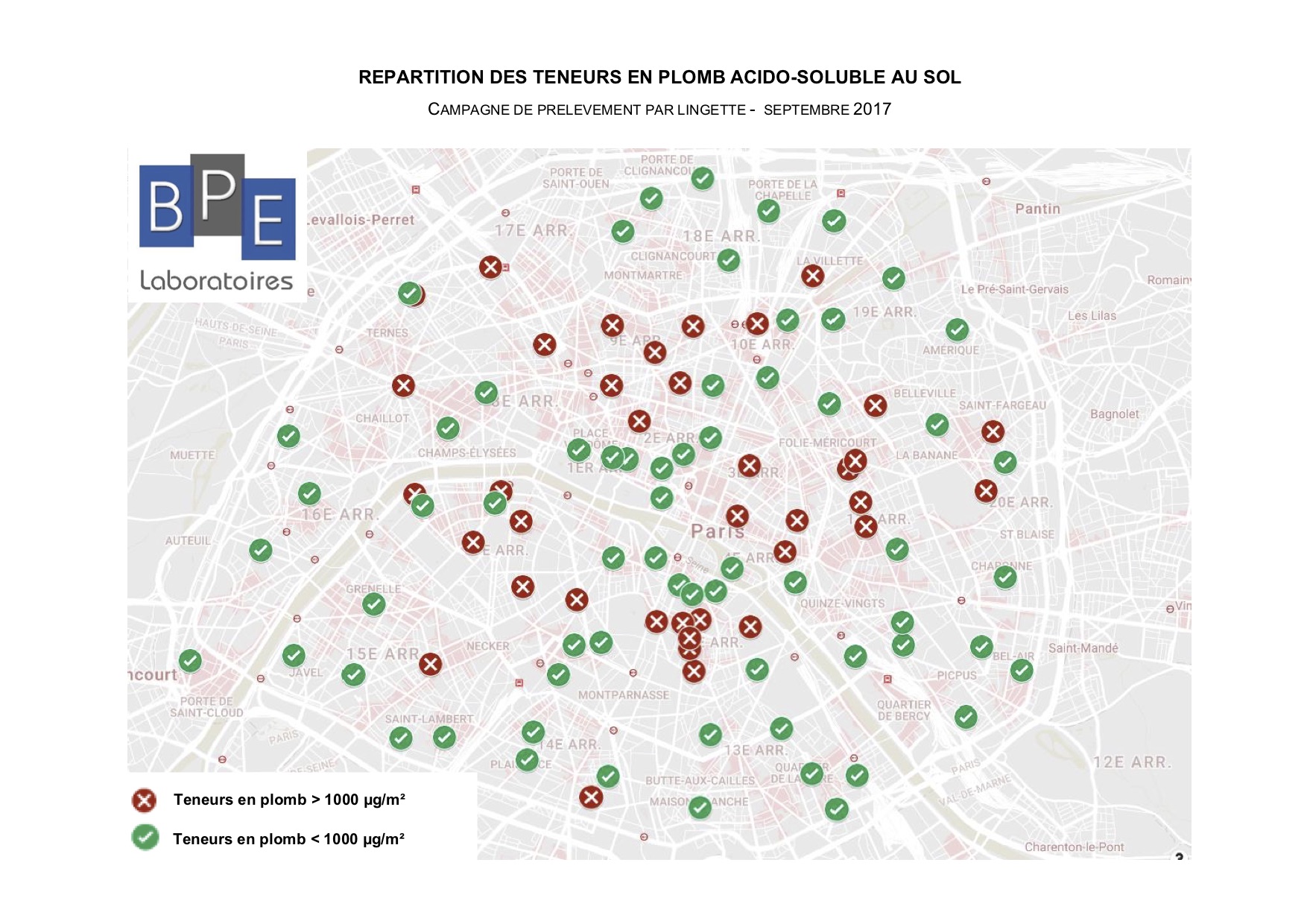 [1]Map of the distribution of acid-soluble lead levels on the ground (sampling campaign by wipe, September 2017. Source: BPE Laboratory). In red, lead levels are above 1000 µg/m2. In green, lead levels are less than 1000 µg/m2.
List and localization of samples taken near historical monuments, 2017 [2] (pdf)

June 20, 2018. Another test campaign is carried out by the DRAC at the beginning of Notre-Dame de Paris’ spire renovation works. The threshold taken into account is still 1000 µg/m2. Results very near the monument, especially on the square, are lower than this limit, except for 4 samples including one on the rue d’Arcole and one rue du Cloître-Notre-Dame.

July 18, 2019. A map published by the Agence Régionale de Santé (ARS, Regional Health Agency) reveals the considerable impact of the fire. The analysis of the map is made difficult because samples taken on June 20, 2018 are only noted as June 20, making the readers believe that it is actually June 20, 2019. The combination of results before and after the fire add to the confusion of the information issued. Below is the map deciphered by Robin des Bois. 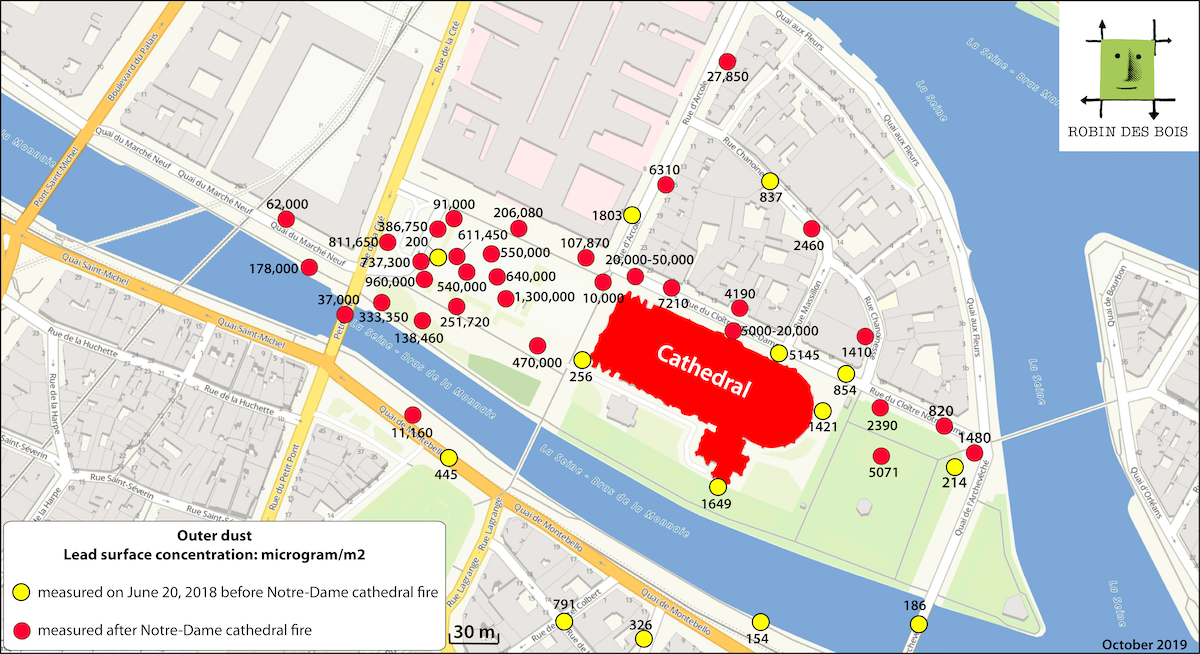 The results of the 2017 campaign within Paris itself and the 2018 campaign very near Notre-Dame were communicated to us by the ARS on October 15, 2019. Robin des Bois has requested these documents during the September 12 meeting put together by the ARS and has asked for them to be communicated to the other attending parties.