After the melting of at least 300 tons of lead in the gables of the spire and in the roof, Notre-Dame de Paris is now a polluted site.

The cathedral has now become filled with toxic waste. To know the complexity and extent of the problem, it would be useful to gather information from the archives, knowledge from specialists in liturgical art, and testimonies of those who participated in the recent maintenance in order to map all the possible toxic substances used on this historic vessel.

The water used to extinguish the fire, along with the ashes, soot, and rubble on the ground and in the air must be, as soon as safety for the workers is guaranteed, characterized, sorted, grouped and brought to confined storage sites and disposal. Charred wood must also be considered as waste, as it  was in contact with the lead sheets and treated with fungicide.

Rain, thunderstorms, droughts, and winds will facilitate the migration of lead in the soils and the mobilization of toxic dust, potentially causing prolonged exposure and inhalation.

The lead risk was previously recognized and reported in the northern neighborhoods of Paris. Coming from the burned Notre-Dame, the pollution now falls on the Ile de la Cité and rests in the sediments of the Seine.

Tributes and donations do not repair all the damage, especially when they are sanitary. Robin des Bois recommends that all firefighters and rescuers who participated in firefighting and the emergency recovery of antiques visit a clinic and take blood tests. Clinical signs of lead poisoning are not immediately noticeable, saturnism is a sneaky ailment.

For several months or even years, residents and people within the affected perimeter may inhale lead dust without knowing it. It would therefore be prudent, under the supervision of the Regional Health Agency, to implement a protocol for health surveillance and environmental vigilance, particularly in private and public gardens, starting with Jean XXIII Square, the René Viviani Square, and the gardens of the Hôtel de Ville. Honey bees surviving the disaster could be a significant indicator of the potential problems if they are kept in this hostile environment.

In line with its mission of detecting atmospheric pollutants, it would be logical for Airparif to be equipped to measure the amount of atmospheric lead dust and other volatile substances emitted by the fire on the Île de la Cité. It is abnormal given the frequency, intensity, and diversity of fires in Paris and Ile-de-France that their specific effects are not systematically monitored, quantified and made known to the public. 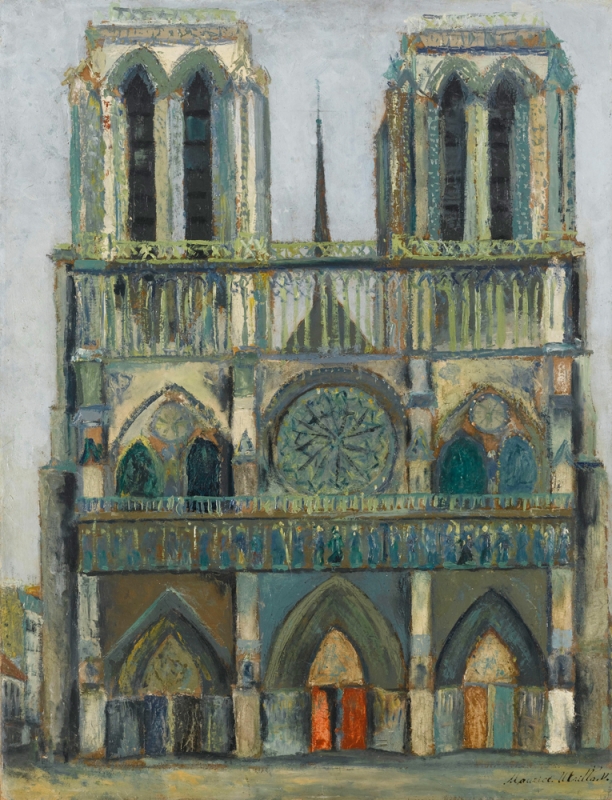 Copy of letters sent to different ministers and state services, plus AirParif, Tuesday, April 23 on the afternoon before the Council of Ministers and the presentation of the bill Notre-Dame de Paris.

Please find below the concerns, questions, and proposals of Robin des Bois after the fire of Notre-Dame de Paris.

1- Following the burning of several hundred tons of lead and other toxic materials found within its spire, its roof, and liturgical works (including stained glass windows), we ask you each in your field and in your realm of authority to put in place as soon as possible a coordinated protocol for monitoring dust and lead particles and other toxic substances in and around the cathedral and on the path of the toxic plume of smoke towards the Seine Bay. The dominant beige / orange color is specific for the volatilization of lead according to the available bibliography and the testimonies of several national and international chemists. Historical documents indicate that lead metal (combined with silver, antimony and arsenic in small proportions) is not the only source of lead compounds from the fire. Small amounts have also been used in some works of liturgical art as pigment and as anti-corrosion paint, especially in the spire erected by Viollet-le-Duc. On the other hand, it is very likely that during the 17th, 18th, 19th and first half of the 20th century, white lead paints, a synthetic inorganic pigment obtained from oxidation of lead, have been used in successive renovations of the interior of the cathedral. To this day, we do not know the composition of the original varnish that covered the oak frame to protect it from rotting due to the immediate proximity of the lead sheets. The knowledge of historians should be solicited for further investigation on this matter.

2- We want all waste, including charred and soiled wood, to be considered as toxic and handled, transported, stored, or disposed of by specialists equipped with all the mandatory personal protection equipment on construction sites in such a manner that it falls in line with all appropriate rules and regulations.

3- As soon as the security conditions are met, it seems to us also essential to proceed by the most effective means possible to remove as much dust, soot, and ashes deposited on the upper parts of the cathedral and in the interior to avoid the long-term dispersion of toxic substances by rain, seepage, wind, drafts, humidity, and condensation.

4- Blood tests for lead content must be provided for firefighters and others who fought against the fire or who aided in reinforcement during the active intervention and surveillance of the site after the fire had been extinguished. We consider it necessary as a precaution.

While waiting for your answer on these 4 points and being obviously available for further exchanges, please accept our respectful greetings.

Below is a message received by Robin des Bois from Michael Anderson from the University of Manchester , April 23rd, 2019

I am a Professor of Physical Chemistry at The University of Manchester, UK. I am very concerned about the levels of lead pollution following the fire last week at Notre Dame. Please excuse me writing in English.

The pollution spread by the fire is very extensive. Contrary to what I here being reported that the lead was contained at the Cathedral, actually almost all the lead has been dispersed across Paris. The reason is as follows.

Lead melts at 327 C and therefore quickly became molten and poured off the roof (this can be seen in videos). The molten lead fell on to the top of the vaulted ceiling and therefore remained in the roof space. Although the boiling point of lead is 1749 C it evaporates at all temperatures below this. For example, a typical fire temperature of 1000 C will give a lead vapour concentration of about 2000 parts per million (ppm) rising to around 275,000 ppm at 1500 C often experienced in major fires at roof level. That is, about one quarter of the vapour would be lead the other three quarters air.

However, lead is pyrophoric and reacts extremely rapidly with oxygen to give lead oxide. This is an extremely exothermic reaction, the enthalpy of reaction which is about -200 kilo joules per mole. This gives out 50 times more heat than burning wood. Indeed it will burn white hot. This heat will in turn rapidly evaporate off more lead which will immediately turn into lead oxide. So the temperature of the fire is the temperature of burning lead not of burning wood (i.e. much hotter).

The lead oxide, which is initially a vapour rapidly cools as it comes out of the cathedral and turns into solid lead oxide particles. They will probably only grow to nanoparticles, a few 10s or 100s of nanometers across. The colour of lead oxide is from yellow to orange to red as PbO and black as PbO2. These are the colours of the smoke emanating from the cathedral. In videos you can see the plume then raining down in streaks over Paris which will be the very dense (much heavier than air) particles of solid lead oxide.

The drone footage of the cathedral after the event suggests not much lead left on top of the vaulted ceiling of the cathedral suggesting that most of the hundreds of tons of sheet lead has been converted into lead oxide particles which have been spread across Paris in a direction towards the Eiffel Tower.

It is really important that the streets of Paris under the lead plume are analysed for lead as quickly as possible and before it starts to rain. This is unlikely a problem of air pollution but of solid particles on the ground. When it rains any lead particles will be carried into the water courses. People should be advised to be careful what they touch for a while in Paris until the situation is properly assessed.

Also, the people who witnessed the event and could smell the fumes were breathing in lead oxide particles and so should be advised to have blood tests for lead. This includes all the fire brigade and all the thousands of tourists who came to watch (especially of course children).