Robin des Bois (Robin Hood) suggests that the port of Sète along the Mediterranean Sea be by special derogation incorporated into the Abuja MoU (Memorandum of Understanding), a West African maritime agreement reputed to be non-existent in the quality control of ships calling in the ports of Abidjan, Lomé, Lagos among others.

Indeed the port of Sète and his maritime safety centre are getting ready in the coming days to let the Paris, a Spanish tug, leave Sète towing the Rio Tagus spoiled by rust and water ingress. She is berthed at Sète for 8 years.

The convoy will head for Vinaros south of Barcelona, Spain, and if it arrives safely at port, the Rio Tagus will be scrapped in a yard not approved by the European Union and which has purchased her for €11,000. The Paris was built in 1987. 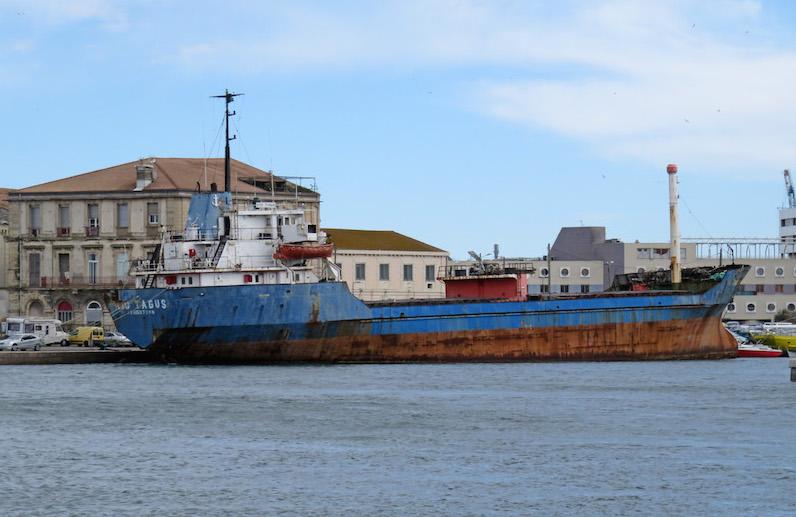 Having lost of her status of ship and qualified by the French Ecology Ministry as “a floatting object”, the Rio Tagus would undergo an hazardous towing without even her structural resistance and its waterproofness having been seriously appraised by a classification society.

The port of Sète, chaired by former Transport Minister Jean Claude Gayssot, has always refused to consider dismantling the cargo ship in its waters. The French government, despite its commitments on a scrapping industry on the Mediterranean shoreline, has done nothing to obviate this discharge of responsibility.
The maritime prefect of the Mediterranean based in Toulon does not see any objections to the departure of the Rio Tagus and its trip in the western Mediterranean.
At the same time, the maritime prefect for the Channel and North Sea based in Cherbourg is much more cautious and has not yet given the green light to the towing of the Carib Palm (see “Shibreaking” n°50 p. 88 [2], pdf – 17.6 Mo) diverted to Boulogne-sur-Mer in December 2015 and recently sold to the Recycleurs Bretons whose approved dismantling site is established in Brest for lack of guarantee against sea perils.