The position of Robin des Bois on the re-evaluation of studies into the safety of basic nuclear installations in France.

As well as nuclear reactors, other installations should be targeted such as fuel fabrication facilities and the spent fuel reprocessing facility at Presqu’île de La Hague near Cherbourg.

Other than fixed installations, domestic and international transport operations for nuclear materials and radioactive waste must also be tackled.

The effects of dam failures upstream from nuclear power plants and other BNIs must be considered in addition to centennial or millennial flooding. The failure of the dam on the river Isère, itself located in an area of seismic risk, let loose a wave of devastating flooding. In a few hours, it had reached the nuclear corridor in the Rhône valley and then the Mediterranean.

Robin des Bois is of the opinion that stress tests must go as far as crash test simulation such as the accidental or deliberate crashing of fighter aircraft or jumbo jets into reactor buildings and storage facilities for fresh and spent nuclear fuel. 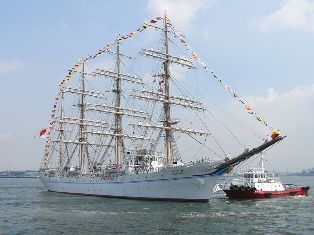 In the event that conventional cooling systems are unavailable, it must be possible to collect cooling water used in reactors in basins. This requirement has been imposed for the collecting of fire extinguishing water by factories and warehouses that deal with materials that are a risk to the environment and public health. It was noticed that at the Fukushima nuclear complex, these cooling waters, the total volume of which can be estimated at 10,000 m3, ending up partly in the plant’s port and in the sea. The prior dispersal of the water within the site radiated out to the rescue workers. On this point, the Kaiwo-Maru 2 (see photo) acted as an accommodation and rest area for them. According to the Sunday Telegraph, it is currently based a few kilometres from Fukushima at the port of Onahama. In terms of its mission as accommodation, this Japanese navy training ship must be decontaminated or it will become an item of radioactive waste.