TK Bremen (ex-Melinau Satu, ex-Melinau, ex-Elm). IMO 8113487. General cargo. Length 109 meters. Maltese flag. Classification society Bureau Veritas. Built in 1982 at Pusan (South Korea) by Dae Sun SB & E Co. her Turkish ship owner Adriyatik GemiIsletmeciligi controls 8 ships, all Maltese-flagged, built between 1982 and 1985. Each of them is officially the property of “single ship company” except in the TK Bremen’s case where it happens to be a “double ship company”, Blue Atlantic Shipping, ltd., also holds the TK London. The financial damages provoked by the drifting and beaching of the TK Bremen are chargeable to this single company based in the European Union at Malta.

The TK Bremen sailed in Europe and in the Mediterranean and was subjected to regular inspections from Ystad (Sweden) to Sevastopol (Ukraine). she regularly presents deficiencies but only the port of Novorossiysk (Russia) judged in 2006 that they justified detention in regards to the stability and structure of the ship. These stability and structure defaults are pointed out again and again by the majority of inspections of which the latest was November 24, 2011 at Nykolaiev (Ukraine).

Demolition site: Erdeven, Kerminihy beach. Zone Natura 2000. The demolition of the ship could permit the recycling of around 2,500 tons of metal. The duration of the work site is estimated to be around 6 months. 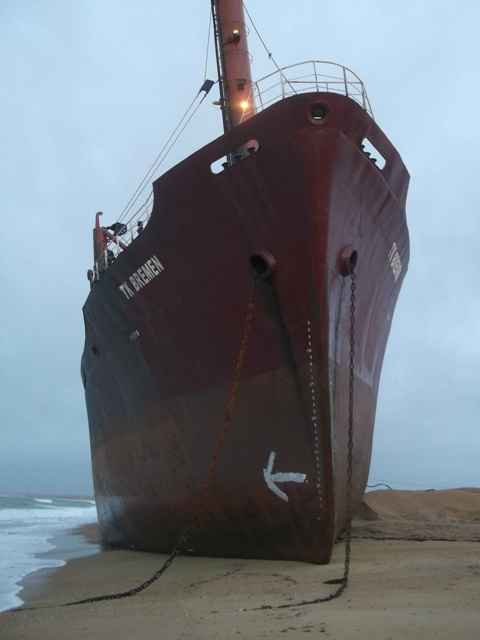 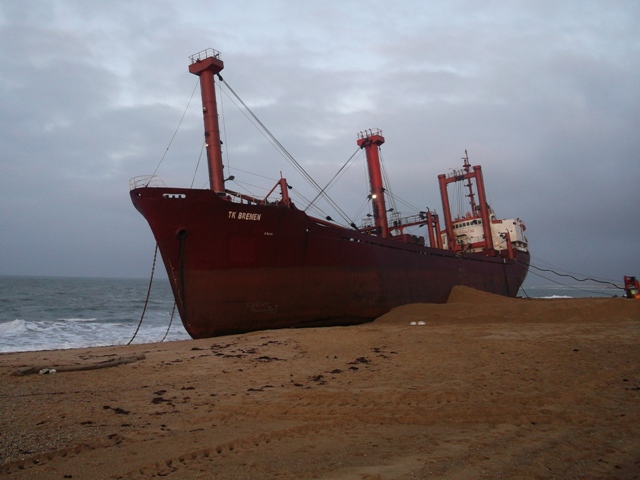 -PCB in the cables, the linoleum… 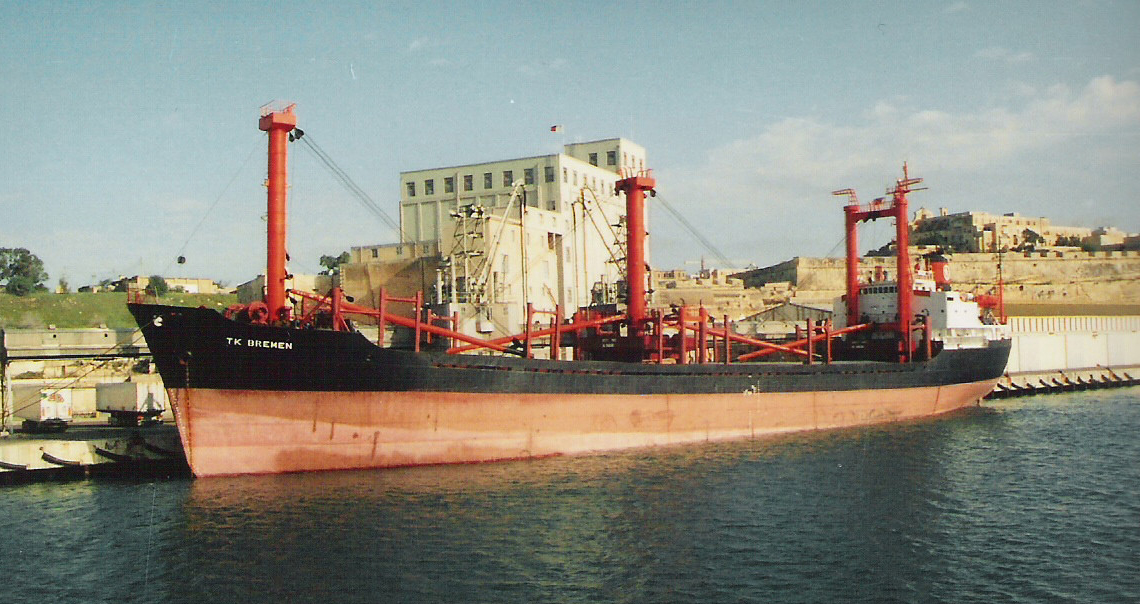 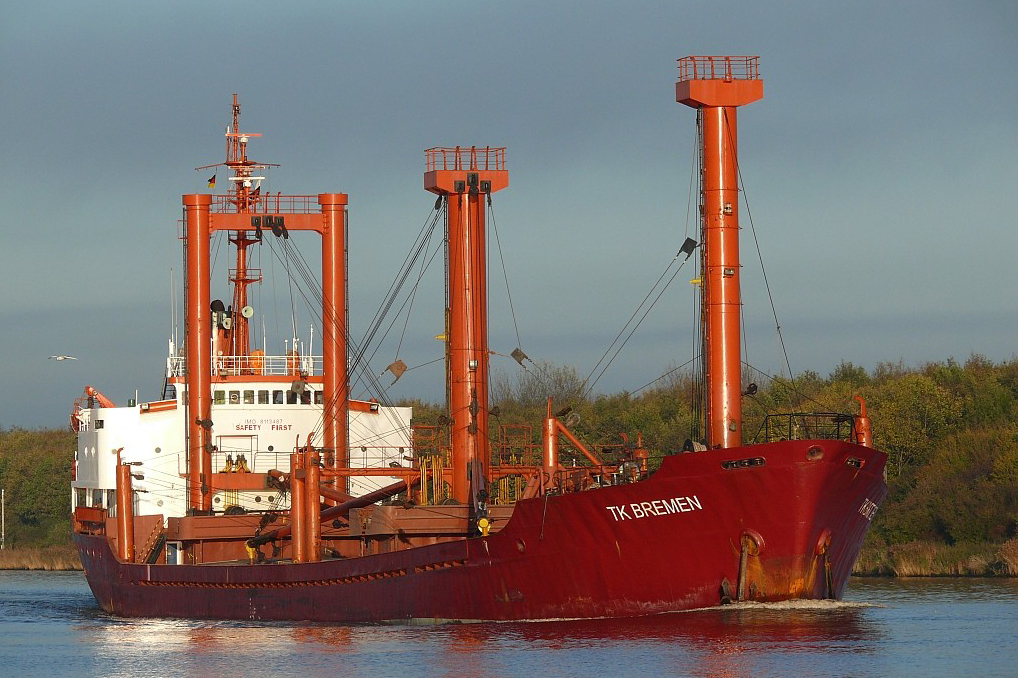 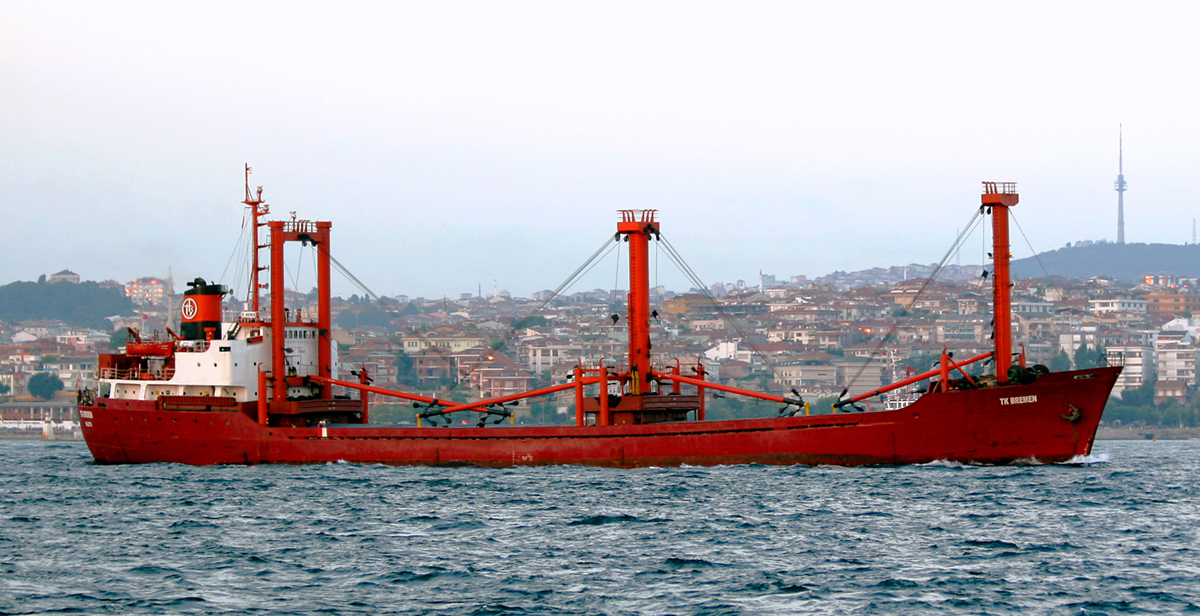 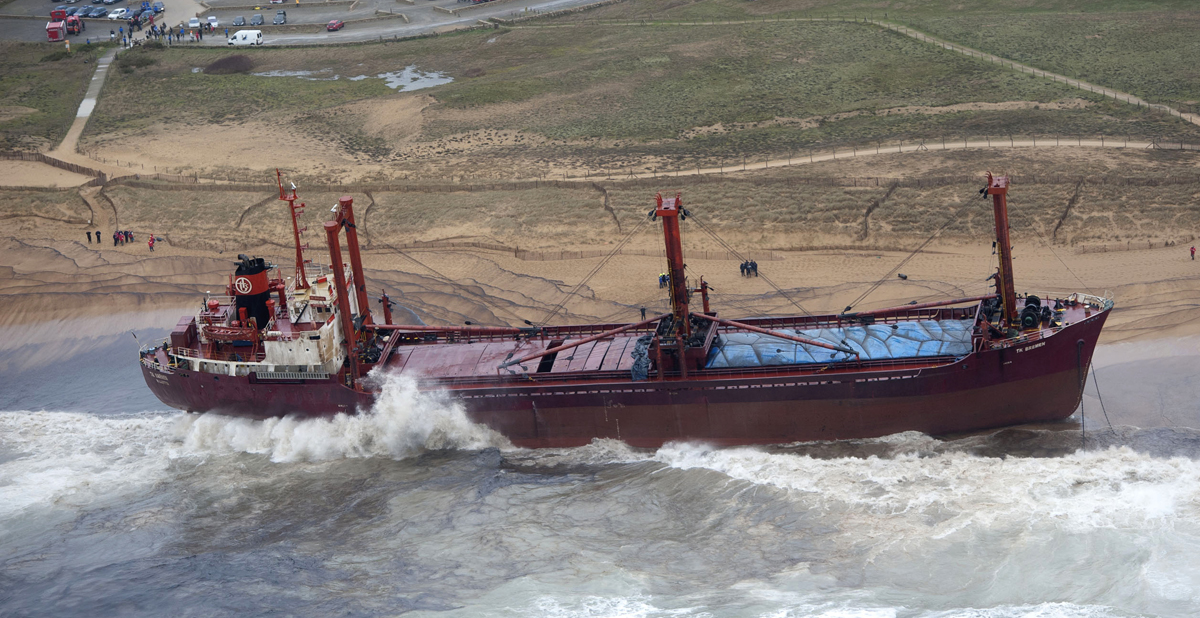 Note that on the back end of the hull the hatch covers are not watertight.