Her arrival was scheduled for early November in a Russian logistic station along the Emperor and Adelie penguins’ territory. Even today, the Sevmorput is coming and going off Angola and Congo-Brazzaville. For several days, her erratic movements have been reported by the newspaper Barents Observer. The trajectory of the Sevmorput continues to be atypical. She could be confronted with technical problems or diplomatic polemics. 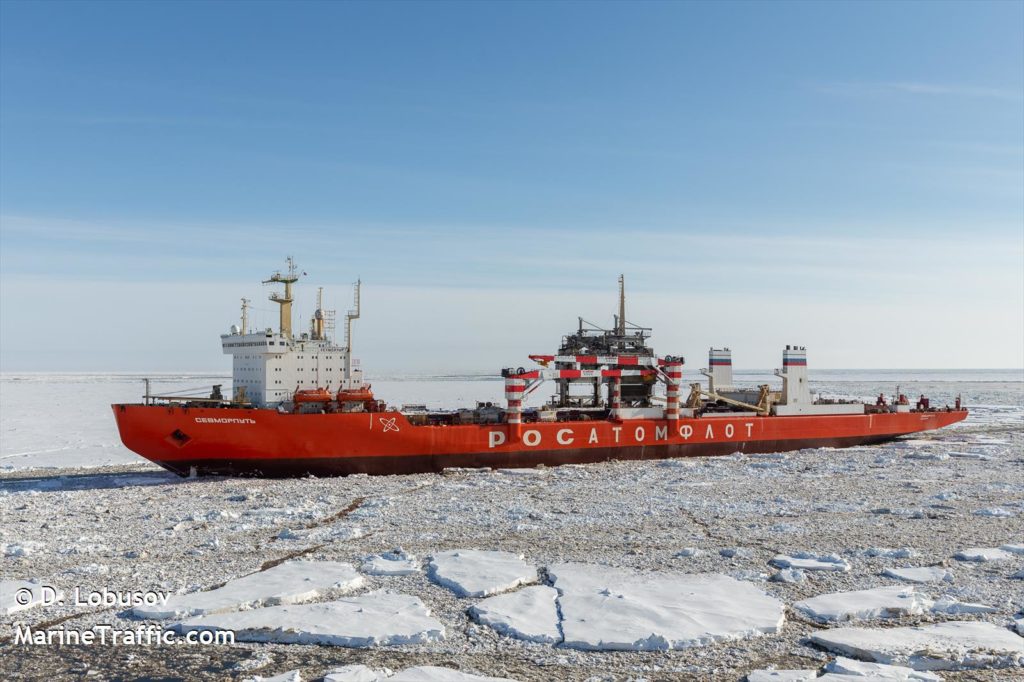 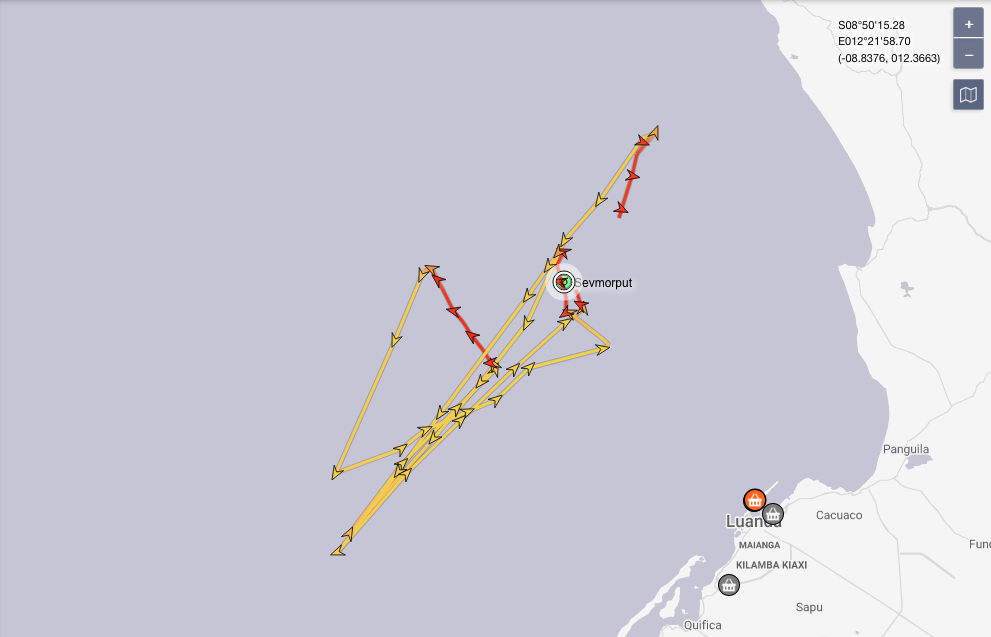 Current trajectory of the Sevmorput © Marinetraffic

The Antarctic Treaty prohibits the dumping of nuclear waste. The last and only official use of nuclear power in Antarctica dates back to the 1960s and 1970s when a 1.8 megawatt nuclear power plant supplied electricity to the U.S. McMurdo science station.

The Sevmorput is transporting building materials and heavy loads for the Russian scientific station Vostok inside the Antarctic continent.

Turned away from all Western civil ports reluctant to receive a ship that they would not know what to do with in case of fire or other major event, the Sevmorput had been laid up in Murmansk since 2008, removed from the Russian naval register since 2012 and doomed to be scrapped. In 2013 she was abruptly pulled out of her torpor and coffin and put back into service in 2015 (cf. “Shipbreaking” n°31 p. 84 and n°34 p.12-13 [3]).

In 2019 and 2020, she delivered heavy loads to a mining complex on the Arctic Novaya Zemlya Island and potatoes and other food products between St. Petersburg and Petropavlovsk in the Sea of Okhotsk.

After these test runs, the old atomic crock was launched across the North and South Atlantic. She passed right under the nose of France and the peninsula of La Hague during October without being reported to the vigilance of the sea users by the maritime prefect of the Channel and North Sea.

The adventurous voyage of the Sevmorput between the North Pole and the South Pole is undoubtedly considered by the international nuclear brotherhood as a demonstrator of the efficiency of nuclear energy applied to the merchant navy.

No official protest has yet been raised about the intrusion on the Antarctic coastline of a 260 m long cargo ship whose sinking, fire, grounding, ice jamming, collision with an iceberg would cause an unprecedented disaster and demonstrate the shortsightedness of the international community.