An adult sperm whale was found stranded in the Seine mouth on Friday, November 25, 2016 downstream to Port 2000, Le Havre. The carcass is still in place. Thieves have snatched or cut the ivory teeth. A biologist confirms that teeth are quickly stolen from the sperm whales carcasses after their stranding. 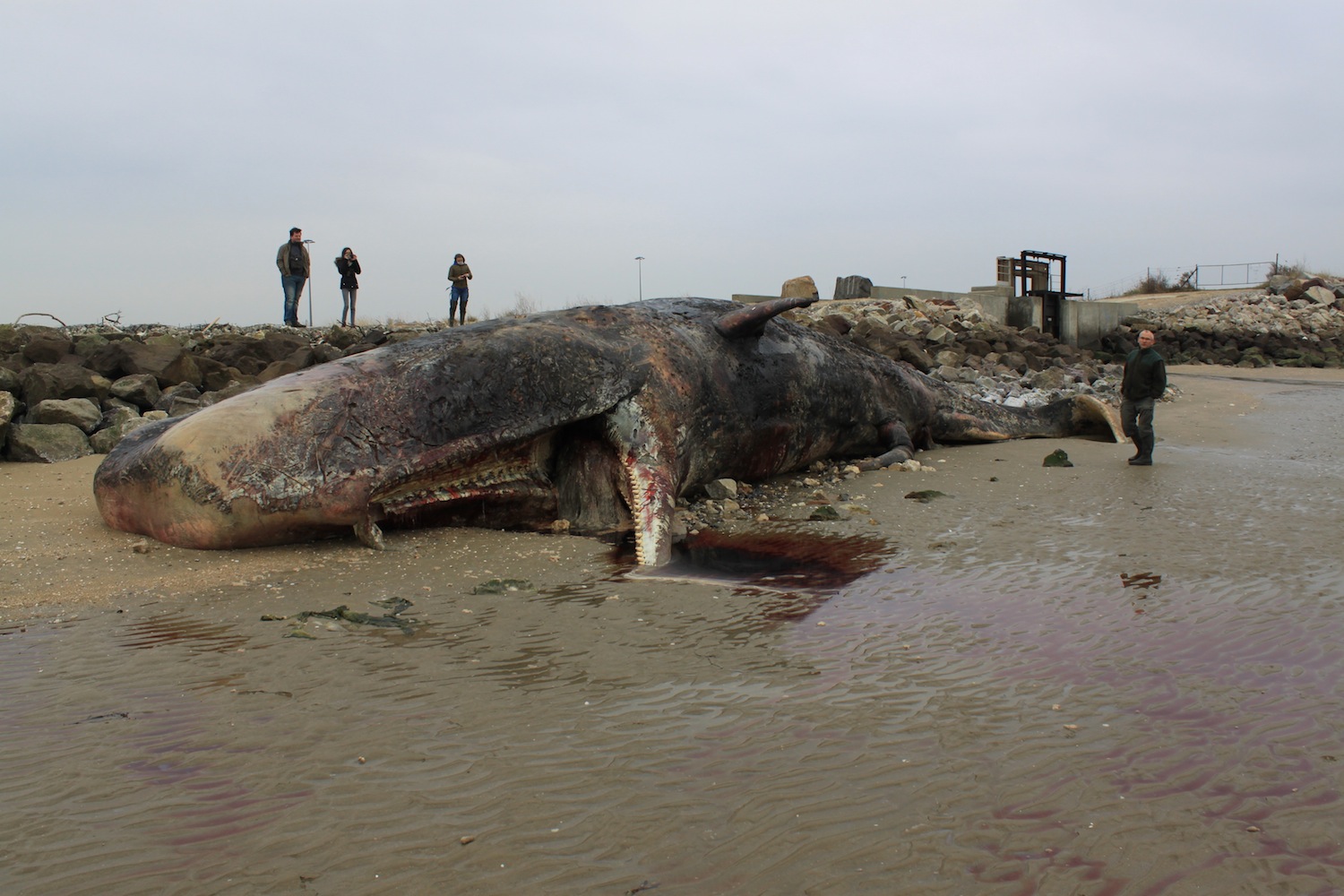 [1]Stranded on November 25. Since then, all the teeth have disappeared.
© Maison de l’Estuaire

Such acts of poaching and desecration are increasing in Europe, Iceland and Canada. Each sperm whale has 20 to 25 conical teeth on its lower jaw. Some weigh as much as one kilo ; a kilo of ivory sells between 2000 and 5000 € on the black market.

This dreadful Christmas sperm whale present reminds us that the Channel and the North Sea waters have become hostile environments for cetaceans. 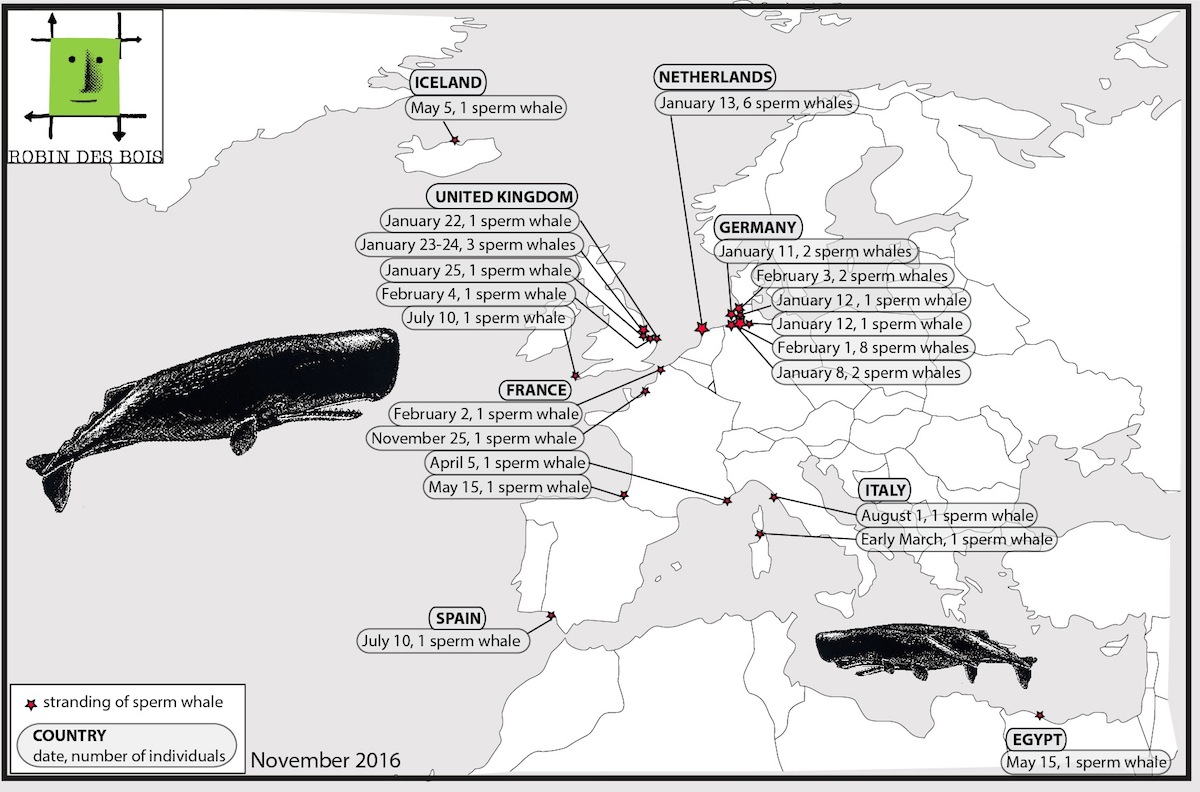 Submarine acoustic chaos, collisions with ships and ingestion of plastic waste are the main causes of unnatural death for sperm whales.

Stranded whales carcasses are usually cut into slices and transported to renderers. Robin des Bois has been demanding for several years that marine mammals carcasses be towed and dumped at sea. Scientific research around the world shows that they become actual biological oasis for decades thus contributing to the improvement of marine ecosystems.