The shame remains but the crime scene has disappeared.

In October 1992, the Renata (then named MC Ruby) was owned by MC Shipping Company, a subsidiary of the Vlassov Group based in Monaco; her ship manager was V Ships, another subsidiary company of the group. The ship was loaded with cocoa in Ghana and was bound for Le Havre, Amsterdam and Hamburg. During the trip, nine stowaways were discovered, stripped of their money and confined in the forepeak ; they were brought up on the deck by night, then struck and thrown on the high seas between Takoradi and Le Havre. The only survivor alerted officials in Le Havre. On December 9th 1995, at the end of a four week trial, the master and the chief-mate were condemned to a life sentence and three other members of the Ukrainian crew to 20 years of detention. Neither the Vlassov group, nor their subsidiary companies (MC Shipping and V. Ships) have been sued, in spite of the degraded conditions imposed on the crew and the many additional traffics on the ship which were highlighted and known to all. The significant bond between the ship management and the crew was not retained. See« Coke en stock », La Flèche, hiver 1996 [1]and « Le désert des Barbares » communiqué de Robin des Bois, 9 décembre 1995. [2] 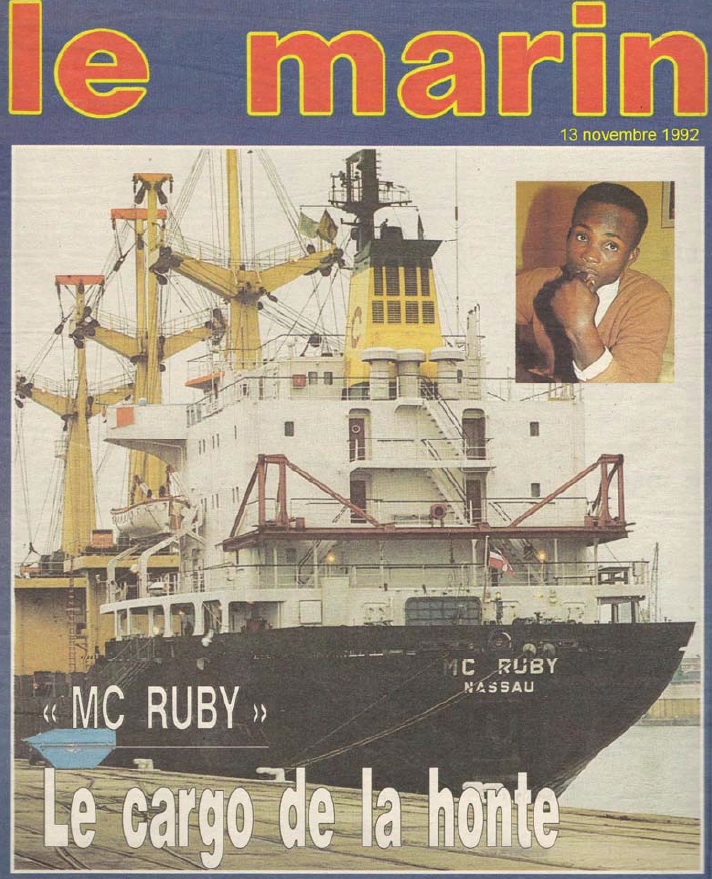 Renata (ex-African Star, ex-Runner, ex-CMBT Eagle, ex-MC Ruby, ex-Ville de Damas, ex-Medipas Tide, ex-Arko Glory, ex-Lloyd Texas, ex-Bamenda Palm). General cargo. 149 m in length, 6,366 t. Bahamian flag. Classification society Russian Maritime Register of Shipping. Built in 1979 in Ulsan (South Korea) by Hyundai Heavy Industries. Owned by Oceanstar Management Inc. (Greece). Detained in 2000 in Lisbon (Portugal), in 2001 in Lisbon and Leixoes (Portugal) and in Antwerp (Belgium), in 2007 in Sorel (Canada) and in 2008 in Antwerp (Belgium). The MC Ruby renamed Renata after several changes of owners is sold for demolition to India at 240 $ per ton. She was beached in Alang on May 2nd, 2009.

Another ship which made the headlines on a positive note – saved by a careful rescue operation – has left for breakage : the MSC Rosa M  (see p 6). 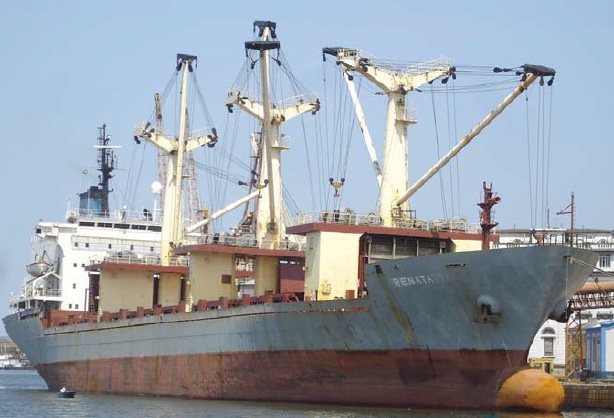 From April 4th to June 26th, 2009, 190 ships departed for demolition. The rhythm hardly slowed down compared to the rush noted at the time of the previous Ship-breaking.com # 15, with 16 ships per week versus 21. The accumulated demolition will allow more than 1.6 million tons of metals to be recycled. Since the beginning of the year, 462 ships left the world fleet representing 3.8 millions tons of metals. Over the period, India with 92 ships (48%) remains the number 1 destination of demolition ahead of Pakistan 31 (16%), China 29 (15%) and Bangladesh 28 (15%); with regard to the tonnage of the ships to be recycled, India is at the forefront, followed by China, Bangladesh and then Pakistan.

114 ships (60%) leaving to breakage have been previously detained in harbours worlwide with close to 80% for bulk carriers; 27 (14%) were controlled by a non IACS society (International Association off Societies Classification). 59 (33%) were built in the European Union or in Norway; 81 (43%) were operating under a European flag or had ship-owners from the European Union or the European Association of Free Exchange (EFTA) of which 34 (18%) Greek. The following proposal expressed during the « Grenelle de la Mer » in France is all the more relevant : « Support that the European Union require proof that the demolition country dispose of adequate capacities for the processing and the storage of hazardous waste or impose on a transitory basis the return to Europe of hazardous waste from demolition in the framework of the Basel Convention».

The world economic crisis continues to hinder the maritime trade. In May, more than 700 ships were laid up off the coast of Singapore awaiting a possible cargo. There were 300 off the coast of Rotterdam and 150 off the coast of Gibraltar. The vast majority are bulk carriers, container ships and general cargo carriers of which the oldest are in the breakage waiting room. Moreover, three categories to which 25 car carriers must be added, represent three quarters of the ships to be demolished during the 2nd trimester 2009. On the contrary, tankers are still rare on the demolition market (24 ships, i.e.14%). Uncertainties on the oil market and speculation led to the storage of hydrocarbon stocks at sea : 10% of the VLCC (Very Large Crude Carrier) would be used as floating storage units of hydrocarbon. Among the dozen oil tankers leaving the water are four double hull ships. Their average age is 22 years compared to 24 years for single hull tankers. It seems those double-hull ships which require regular and detailed maintainance ultimately have a lower life expectancy than single hull ships.

The shaky policy of Bangladesh concerning the practices of local ship-breaking yards was not cleared up. The prospects remain precarious with difficult economic conditions, an economized request for steel and the summer decline due to climatic conditions.  Ship-breaking yards continue buying ships but not a single ship was “beached” from the last week of May to the second fortnight of June. Ships which arrived in April at Chittagong, like the Clio or the Plodder, were beached only at the end of June.Their tariffs continued to drop regularly and are now at the level of those of the Chinese scrapyards, the only ones to have known a rise. Uncertainty on the authorizations of dismantling and on tariffs lead to last minute renegotiations.  A number of ships announced as sold to Bangladesh in the bulletin # 15  were finally diverted towards India, China and Pakistan. Over this period, Pakistani ship-breaking yards also gained ships that were destined to India, like Agia Sofia, Akti, Cleanthes, BW Sund, Dorothea, Knock Taggart, and Pietari Glory.  Its the return of Pakistan.  Bangladesh, leader of the market for several years, occupies nothing more than fourth place, behind China.