Like the Grande America, which is polluting the seabed in the Bay of Biscay and like the Grande Nigeria, which is heading towards West Africa after a dozen so-called “minor” deficiencies have been identified on board by the Vessel Safety Center of Le Havre, a new specimen of the Grimaldi Lines fleet is approaching the French coast.

The Repubblica del Brasile is expected on March 27, 2019 in Sète and on March 28 in Marseille. She should then reach the Italian ports of Genoa, Livorno, and Salerno before starting her African tour: Casablanca, Nouakchott, Dakar, Abidjan, Tema, Lome, Cotonou, and Lagos.

On the service including northern European ports, the ship had been detained in Emden (Germany) in 2010 and since then, various deficiencies have been pointed out on-board: 13 in Tilbury (United Kingdom), four in Hamburg, and six in Antwerp concerning firefighting equipment, breaches of the MARPOL regulations on pollution prevention, and the availability of lifeboats. Ports on the Mediterranean service are less attentive. They are also more reckless; the last deficiency on the Repubblica del Brasile, reported in March 2017 in Setubal (Portugal), was “a crack in the hull of the vessel impairing seaworthiness” but it did not lead to detention of the ship. The origin of this crack, its capacity to spread, and the repair conditions are not known to Robin des Bois.

The Repubblica del Brasile has not been inspected in a European port since August 16, 2018. Known in databases as a car carrier, the ship transports many used cars and vans. She also transports containers.

Robin des Bois wishes the Vessel Safety Centers in Sète or Marseille to carry out a thorough inspection, particularly with regard to fire risks and, if necessary, with the assistance of a fire brigade. The aim is to know if the ship is equipped with all the necessary firefighting equipment and if the crew has all the information and personal protective equipment to fight fires and protect themselves from toxic vapors.

Grimaldi Lines’ cargoes are at high risk. Electronic Waste and tires are sometimes loaded into the trailers of the trucks being transported. Refer to the photos of the Repubblica del Brasile and her unloading taken in Abidjan on March 28, 2018. 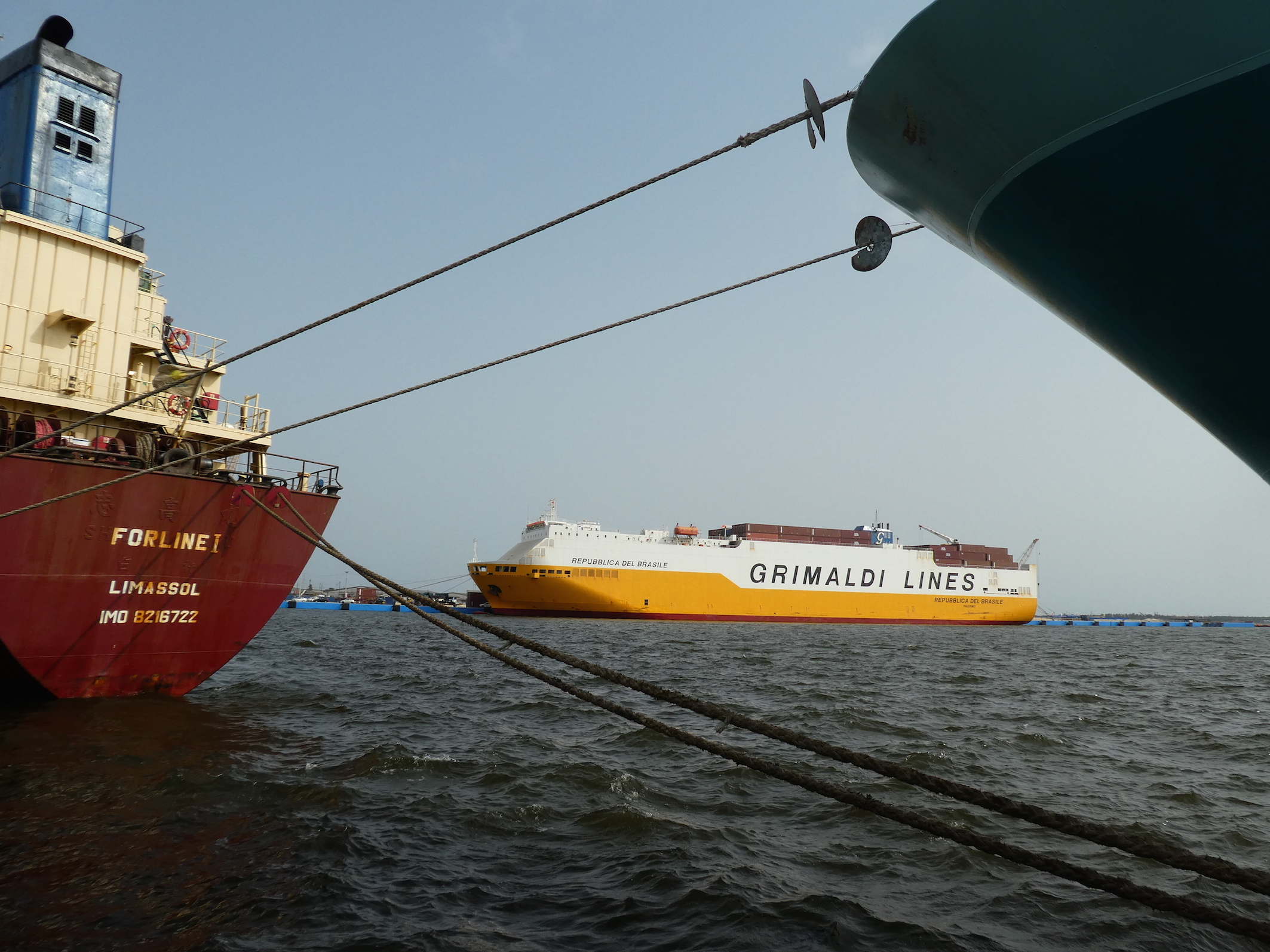 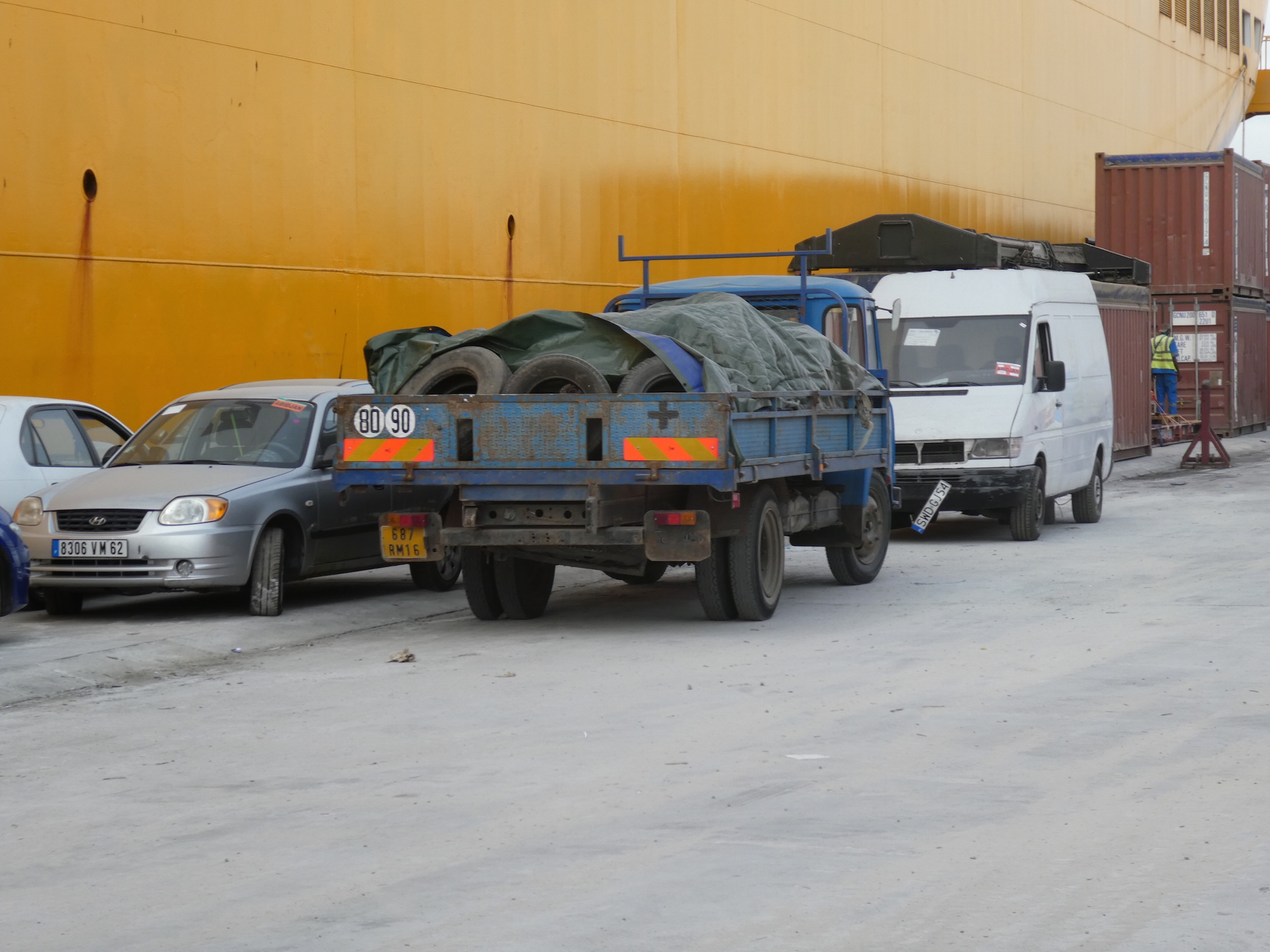